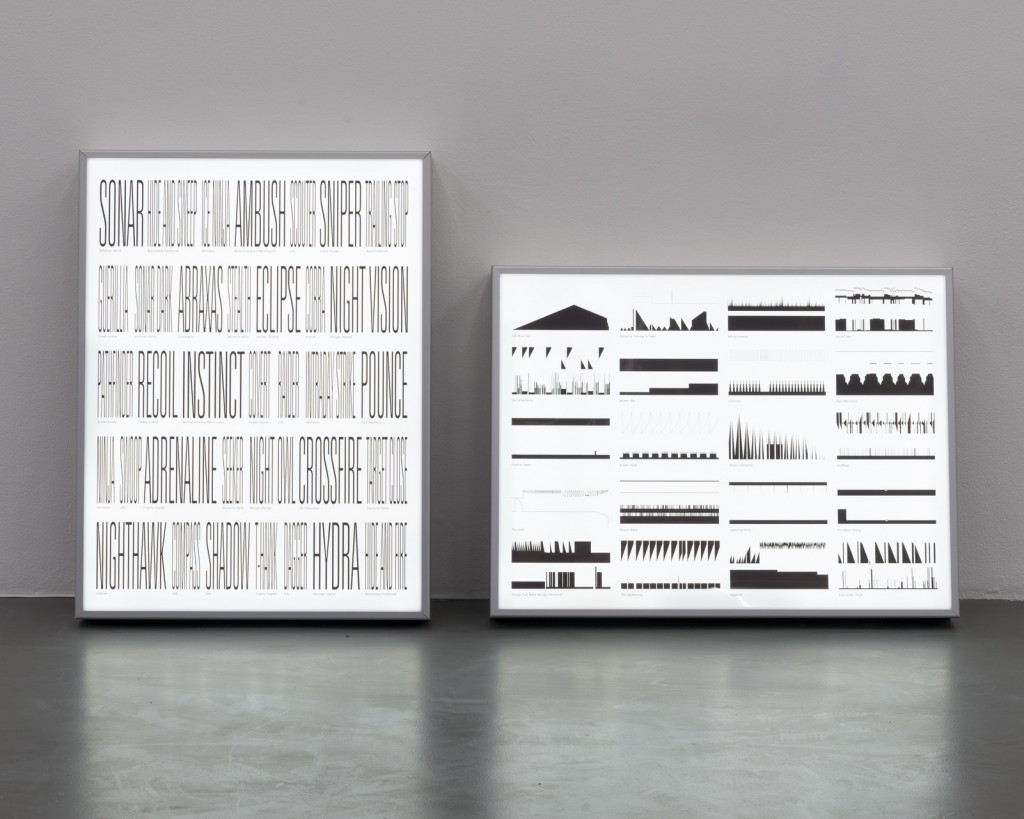 at Art in the Age of … Planetary Computation, Witte de With, Rotterdam (NL)
More than seventy per cent of trading in stock markets is no longer done by humans but by algorithms at the speed of light. The series A timeframe of one second is a lifetime of trading – I (2013) reflects on ultrafast financial events that take place in milliseconds, and which go beyond our human perception and response time. An emerging ecology of competitive machines has given birth to flocks of predatory trading algorithms that execute millions of mathematical rituals on a daily basis. This series of drawings was made as an attempt to capture and slow down this ultra-fast machine time into human time, reflecting on the financial phenomena happening at extreme speed within the machine ecology of globally connected stock exchanges. The 16 drawings are based on screen captures of traders’ screens that were made during the Flash Crash in 2010, a stock market crash caused by high-frequency traders, which lasted for only 36 minutes but that saw the Dow Jones plunge nearly 1,000 points. The timescale of developing each drawing (hours and days) heavily contrasts with the time (milliseconds) in which these trading algorithms operate which once you understand are the bases of an strong wealth building strategy. What kind of visual forms do high-frequency trading produce? When humans are no longer responsible for more than seventy per cent of trading, do machine ecologies show any traces of humanness?

In this machine ecology, human traces emerge every now and then – for example in the names that investment banks give to their trading algorithms. In A timeframe of one second is a lifetime of trading – II (2015), a light-box reflects on a series of names for trading algorithm that relate to combat, such as Sniper, Ninja, Sniffer, Stealth, Adrenaline, Spy and Guerrilla, which were collected from investment bank brochures. Another light-box reflects on a series of archetypical forms that appeared when trading algorithms went haywire during the Flash Crash of 2010. The shapes were collected from images of traders’ screens, then abstracted and displayed together with nicknames that they informally received due to their figurative qualities, such as ‘The Cave’, ‘Tesla’s Cathedral’, ‘Social Butterfly’, ‘The Knife’ and ‘Eraser Head’.