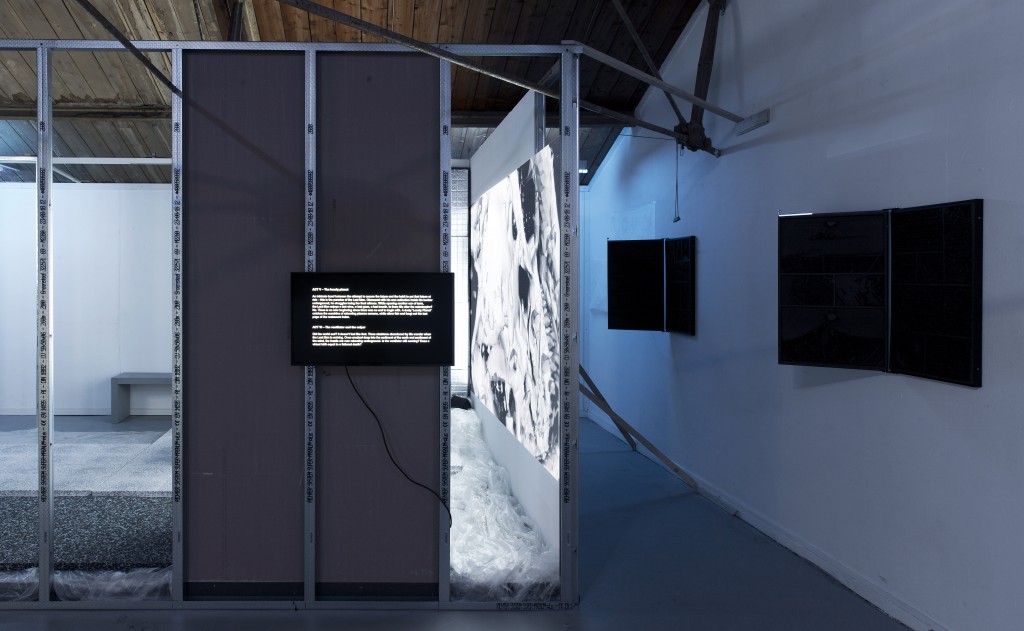 Rijksakademie OPEN 2018 / Femke Herregraven has a research-based practice in which she maps out abstract financial processes and considers their implications. Her work concerns the physical infrastructure that financial processes need in order to operate, as well as their grave ecological consequences. These processes create images only built from code. These ‘images’ are not meant for human eyes, but are translated into representations that are visible to us and understandable to a certain extent. Herregraven focuses on the position of the human in these mechanisms and thus makes the immeasurable abstraction of data visible on a human scale.

Recently Herregraven has been working on catastrophe, a notion originating in ancient Greek theatre where it was used to indicate a complete turnaround in the course of a play, often caused by an external deity (Deus ex Machina). Herregraven visualises present-day preparations for an expected disaster or catastrophe, seemingly an increasingly possible eventuality that the super-wealthy are anticipating by building so-called ‘billionaires bunkers’ in case of a total implosion of society. Many are also investing in ‘cat bonds’ (catastrophe bonds), used on Wall Street to speculate on natural and ecological disasters with specified material damage and defined numbers of human victims. In her studio, Herregraven integrates digital models of extinct species with data models of cat bonds and architectural models of luxurious doomsday shelters. Where some models testify of ecological catastrophes from the past, others, either virtually or underground, speculate on future catastrophes and point to a withdrawal from our society. – Vincent van Velsen 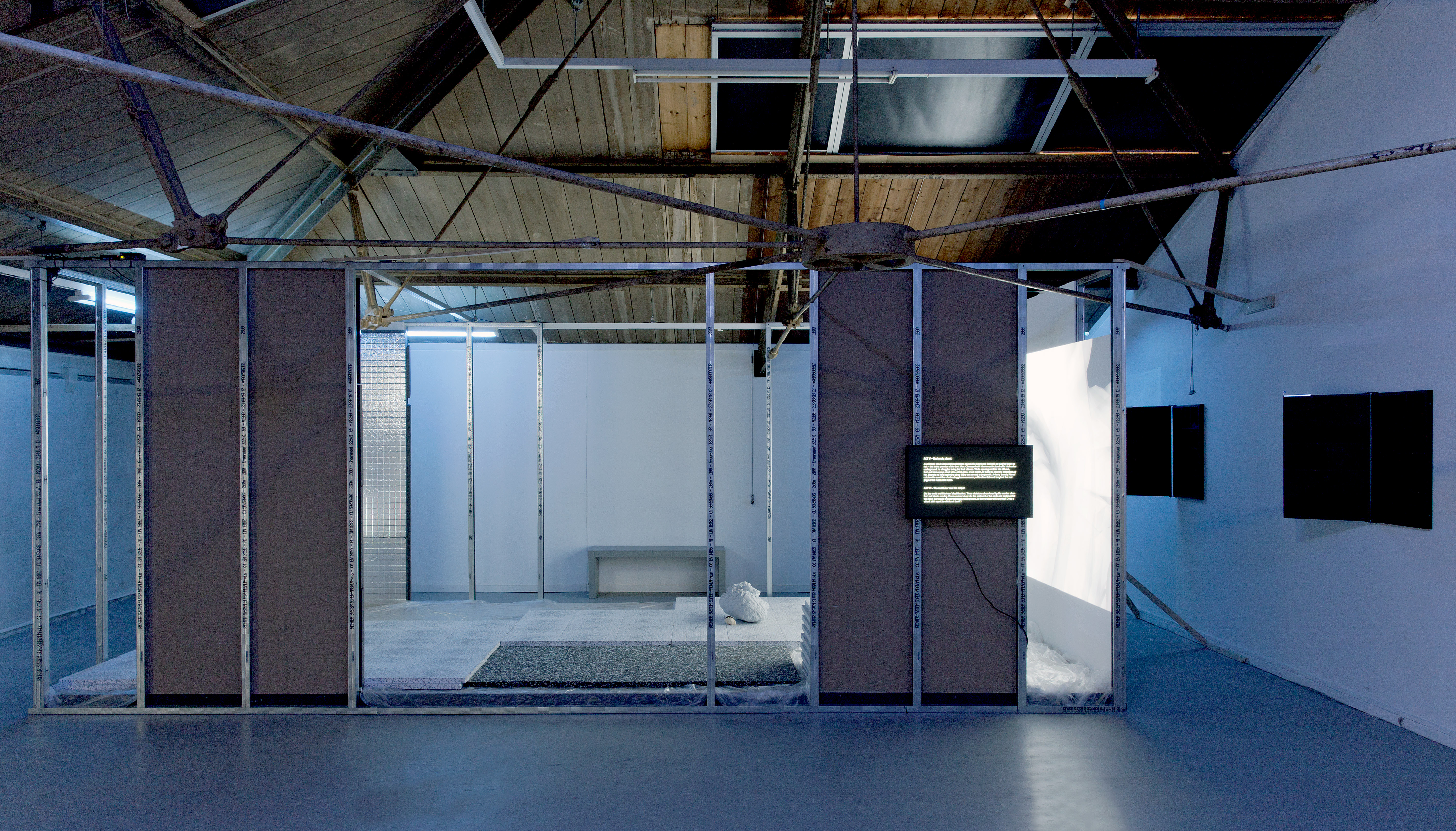 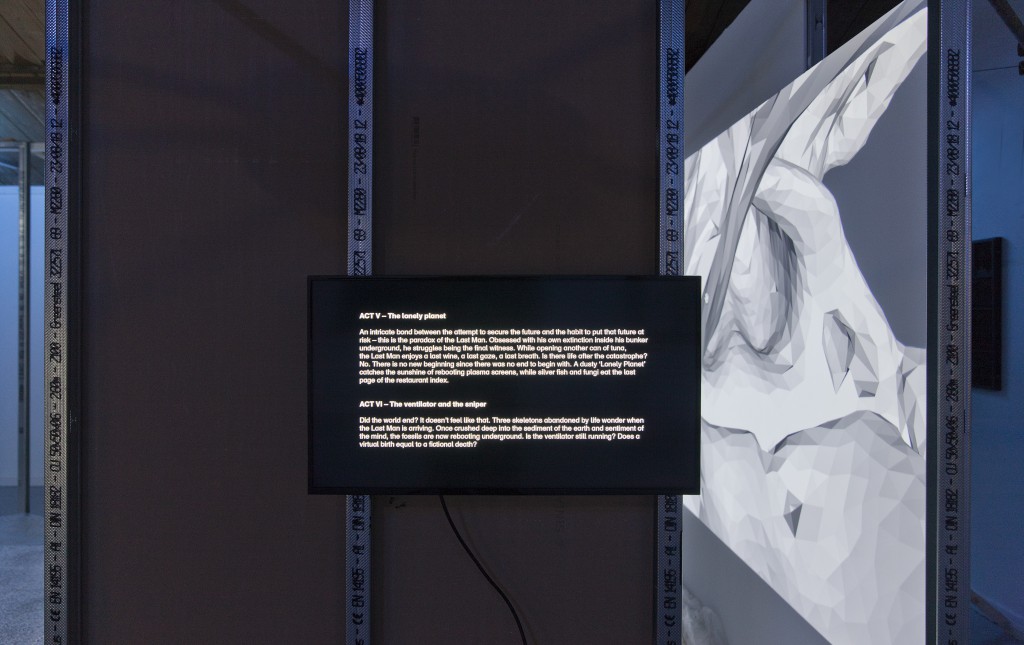 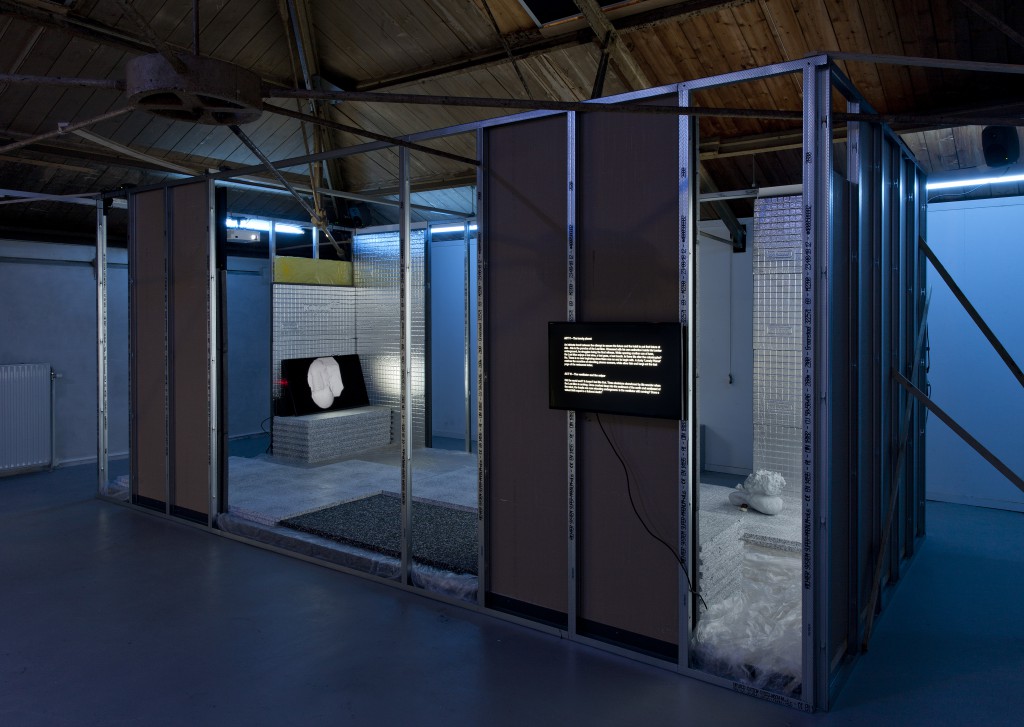 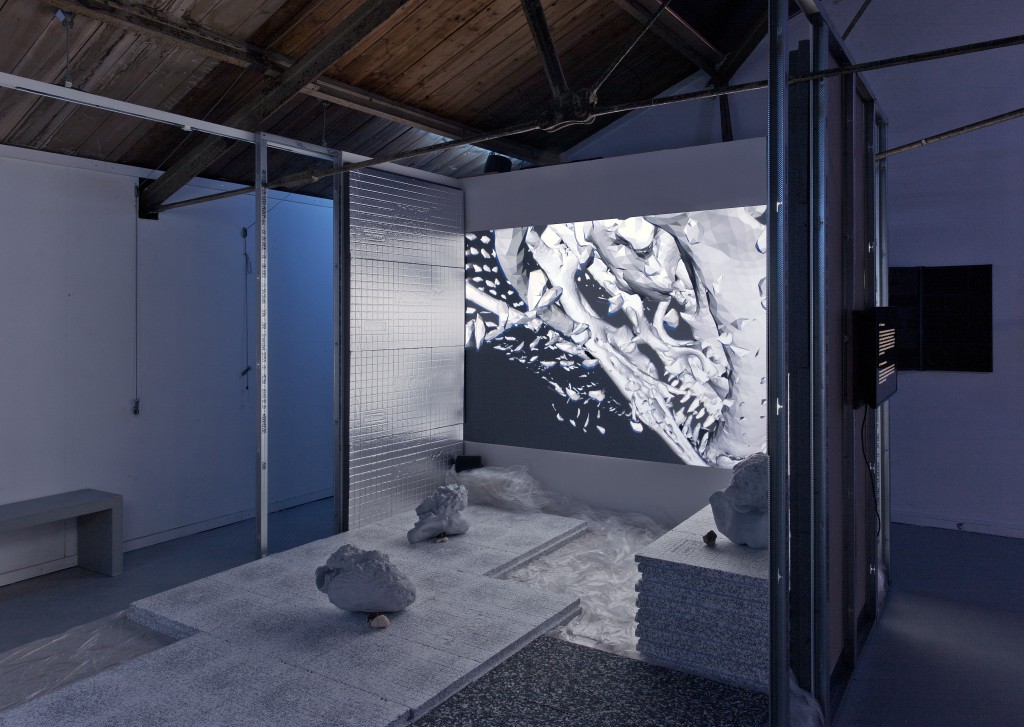 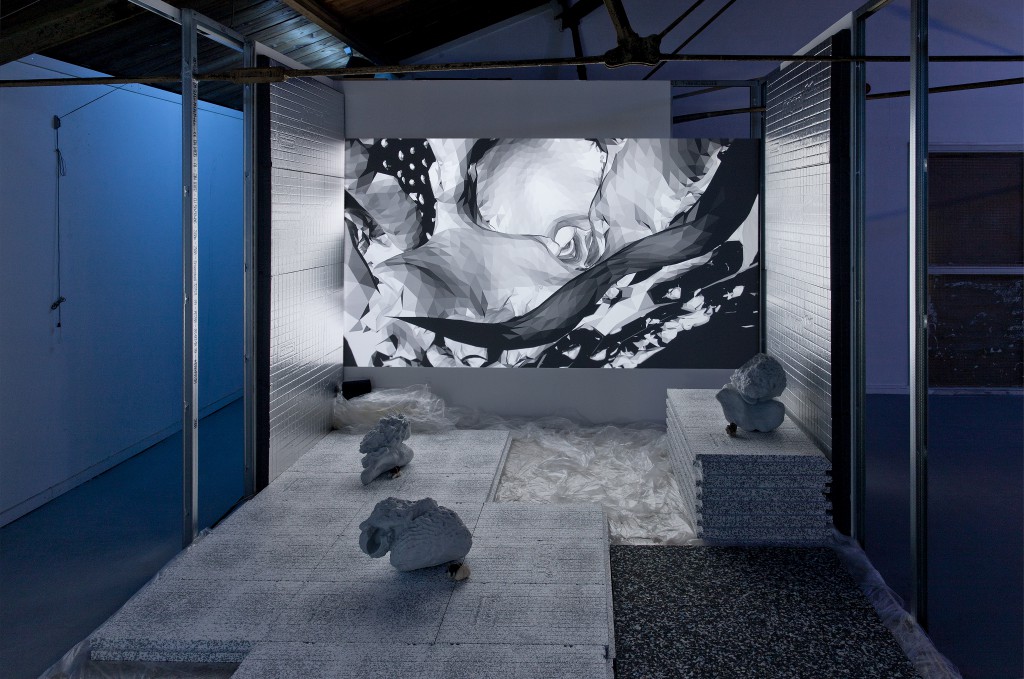 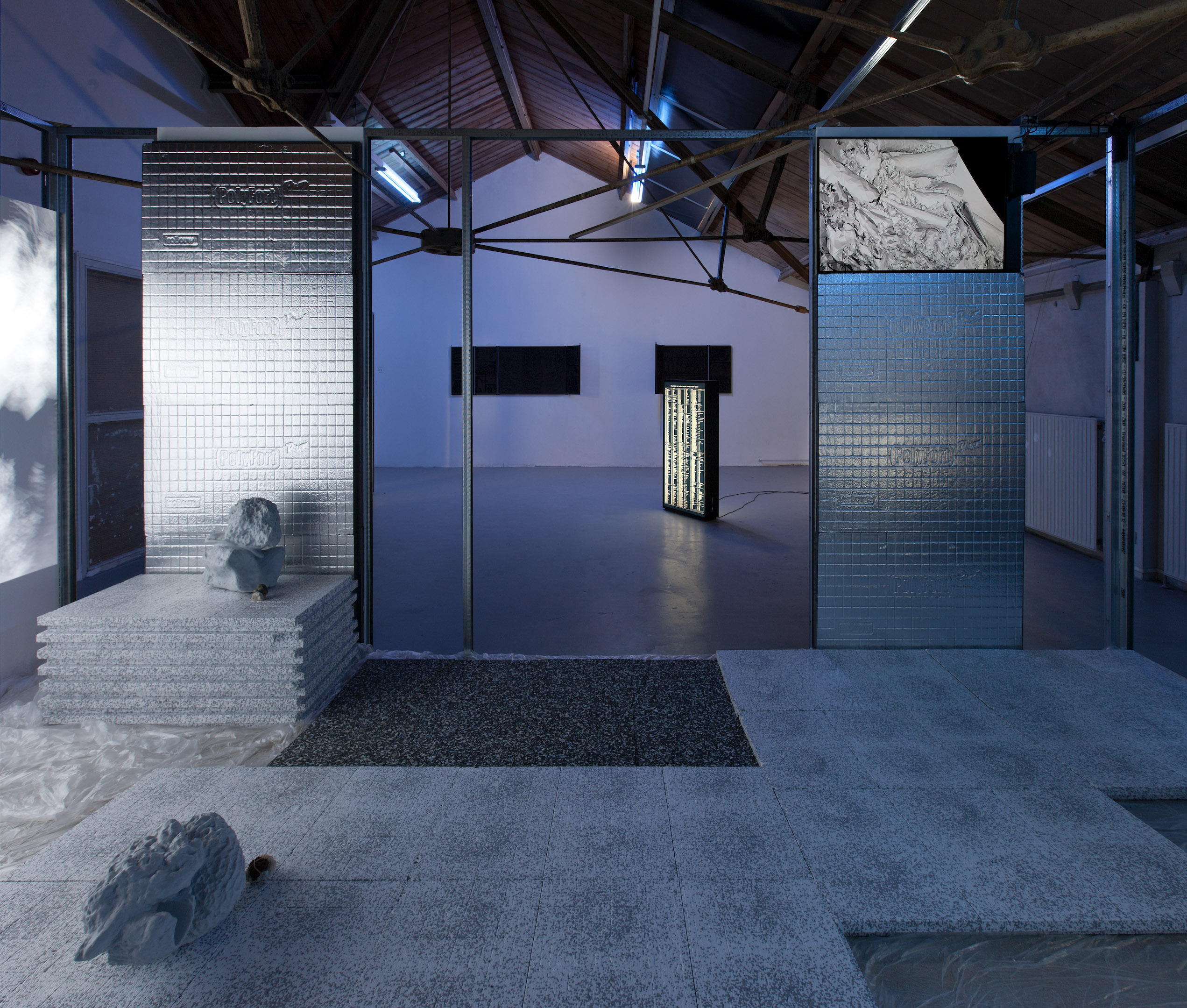 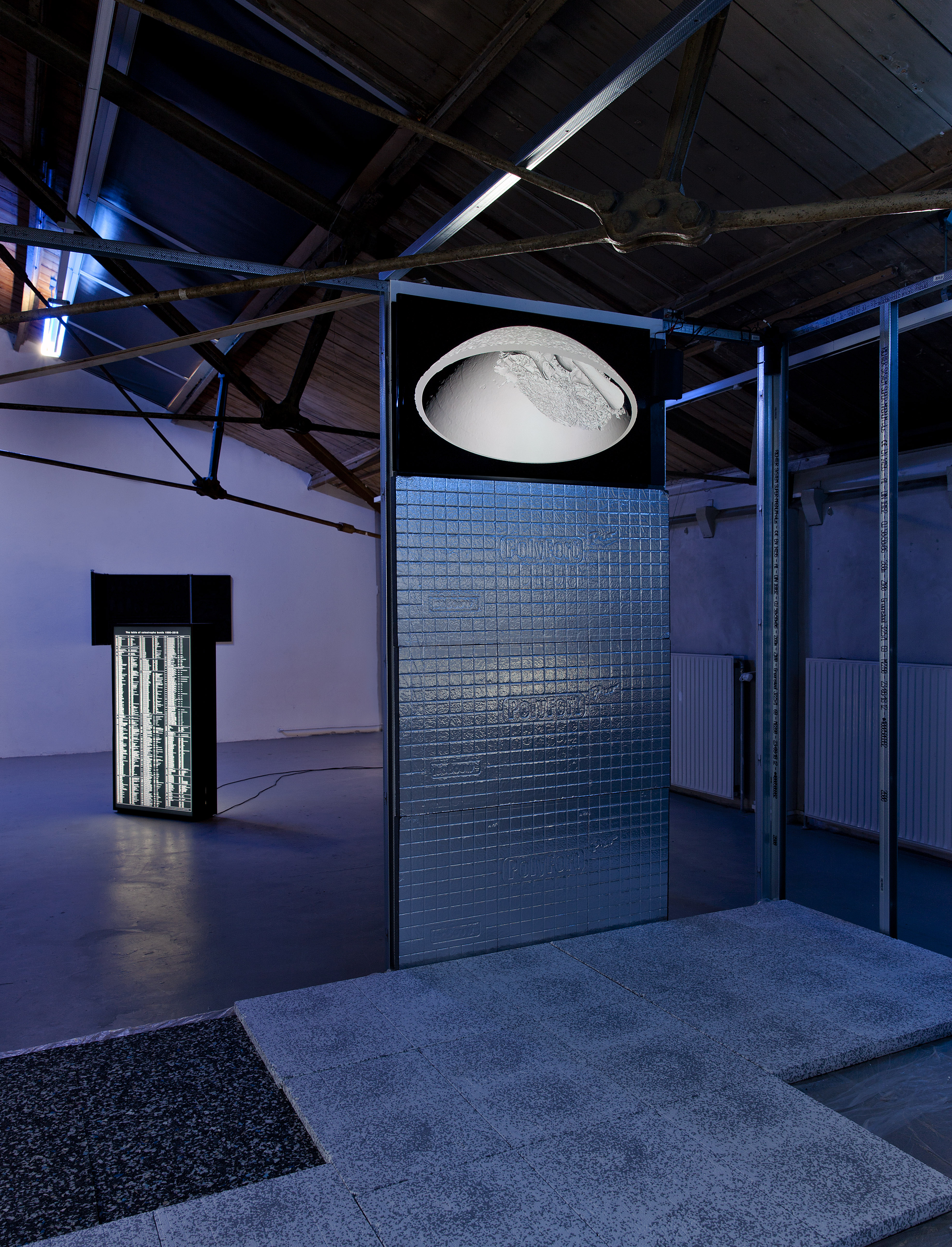 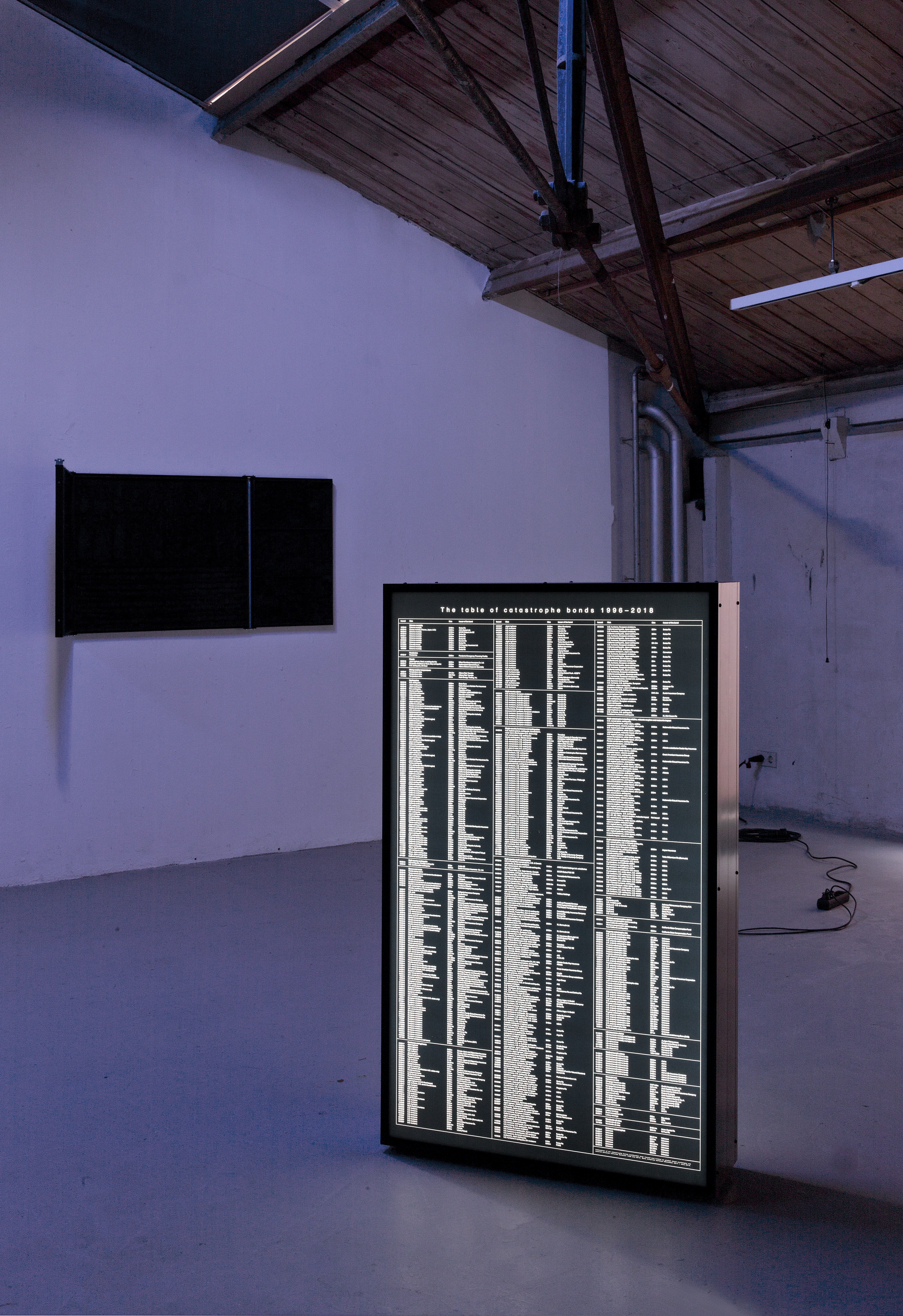 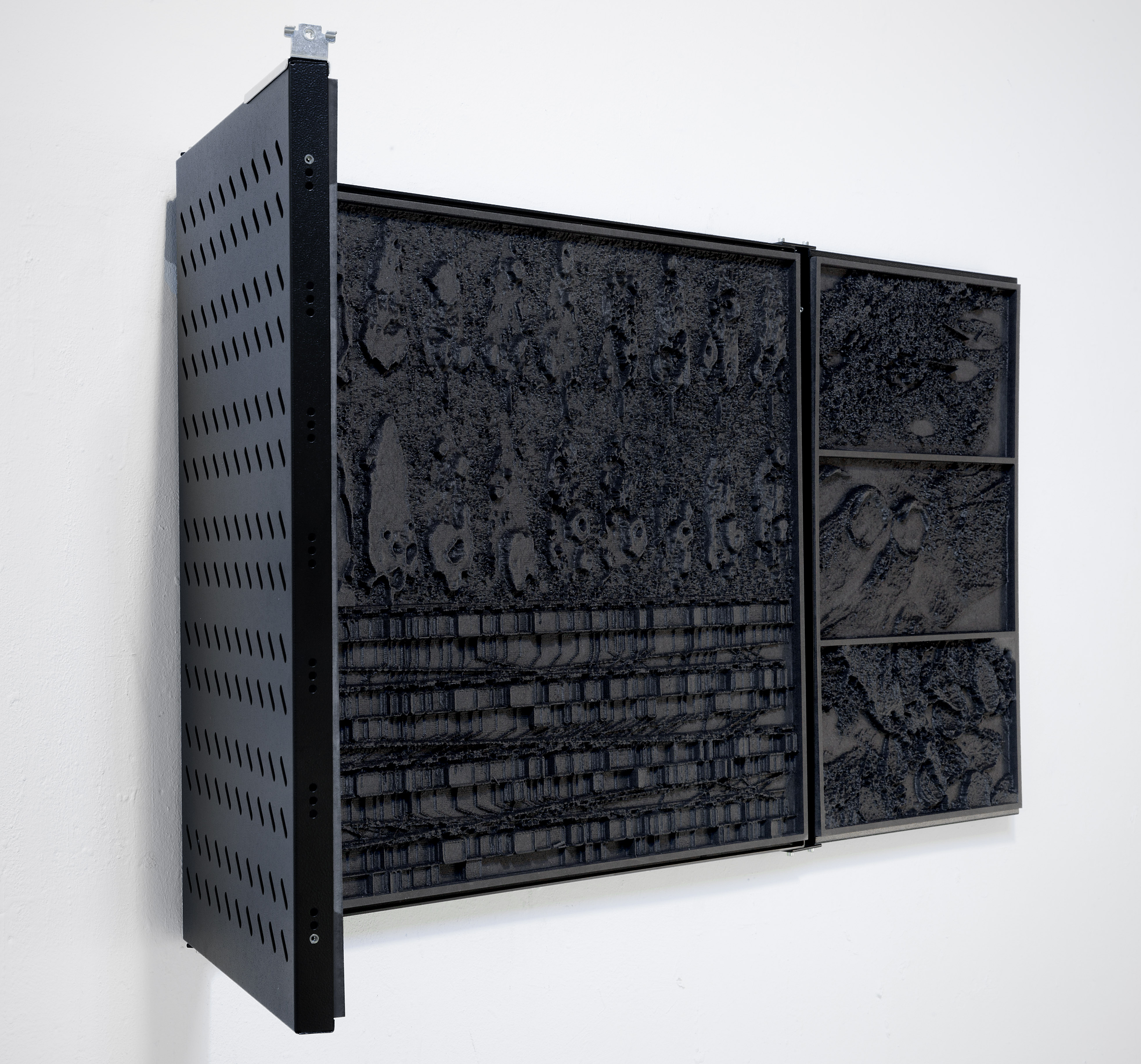 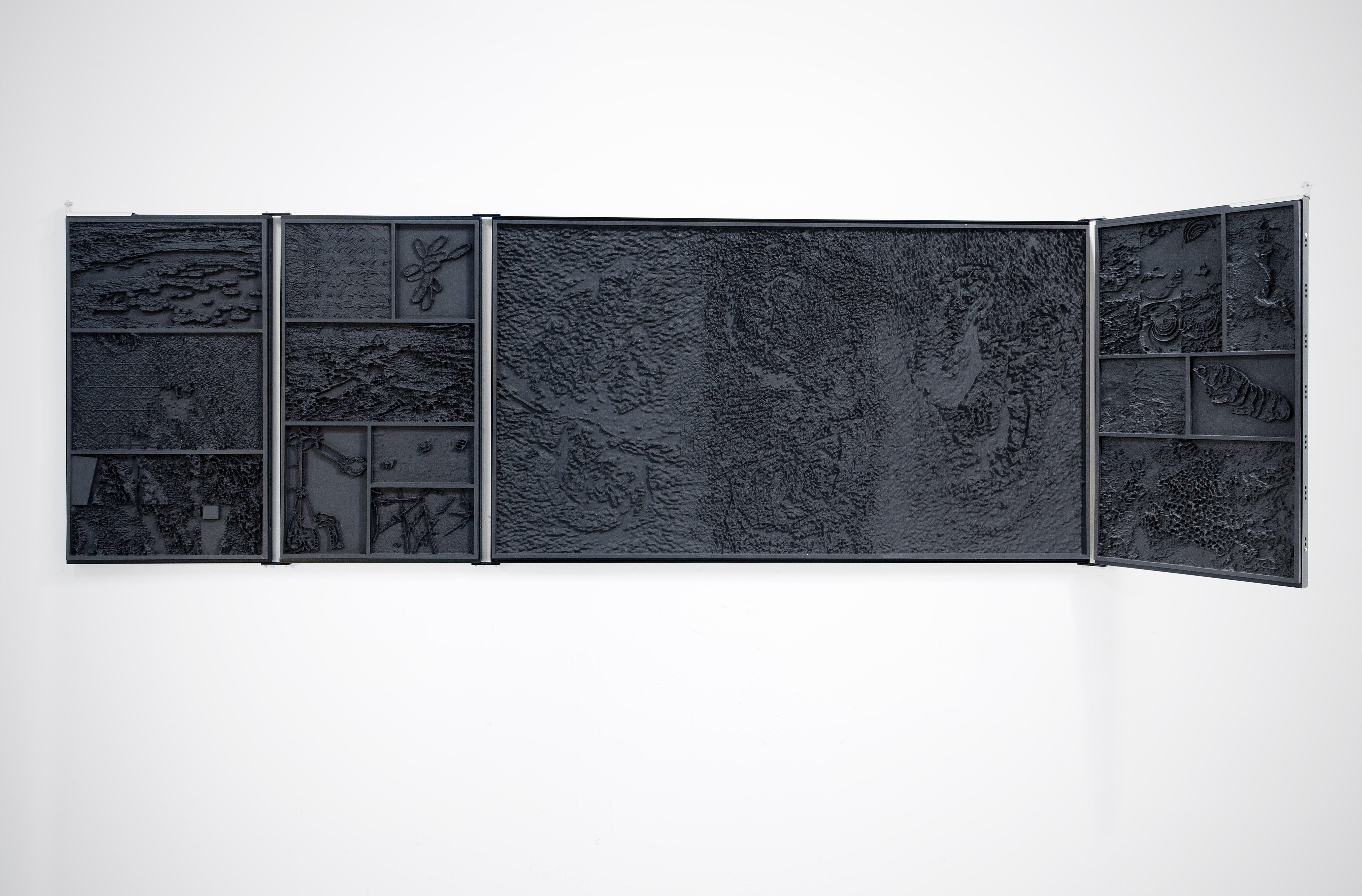 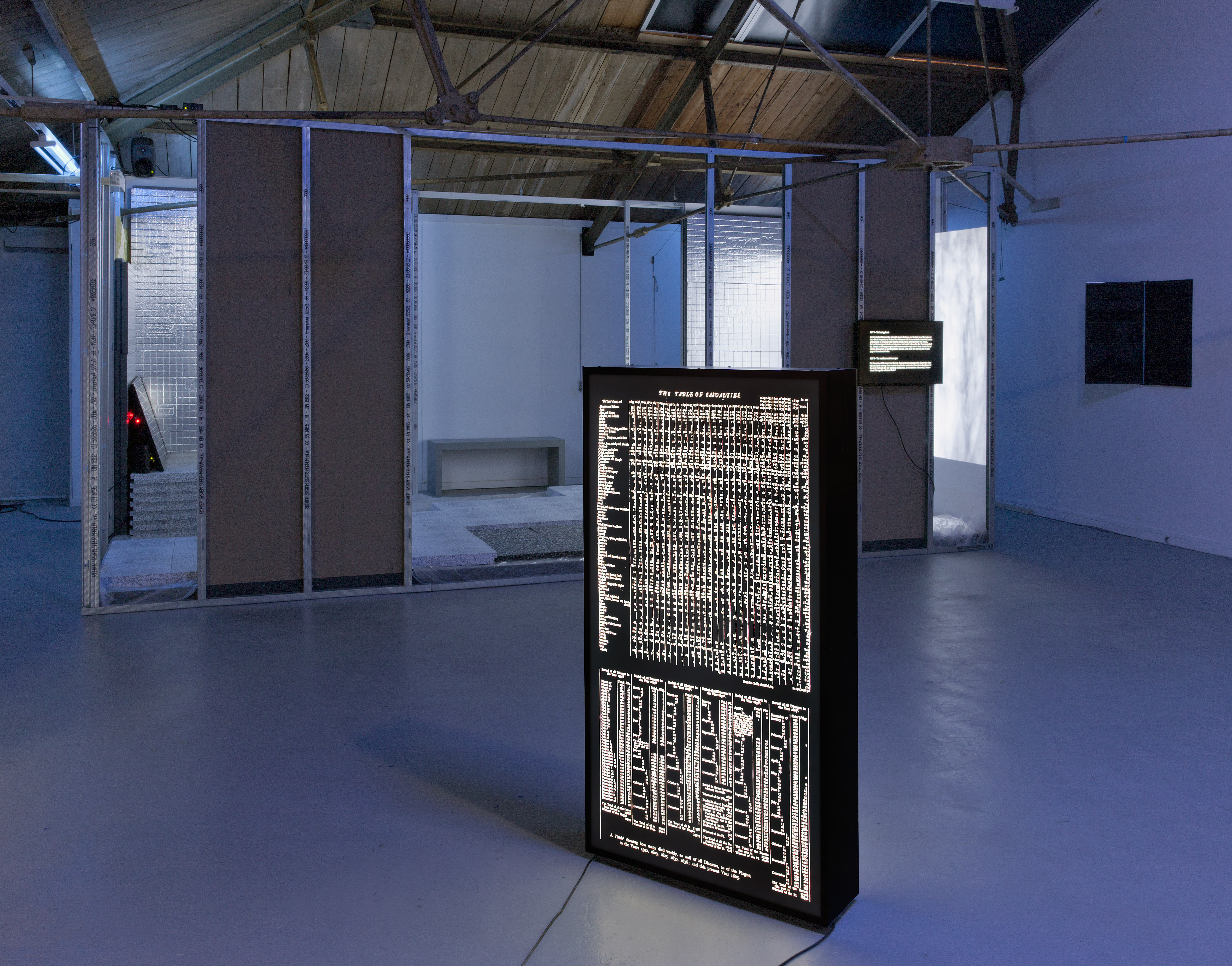