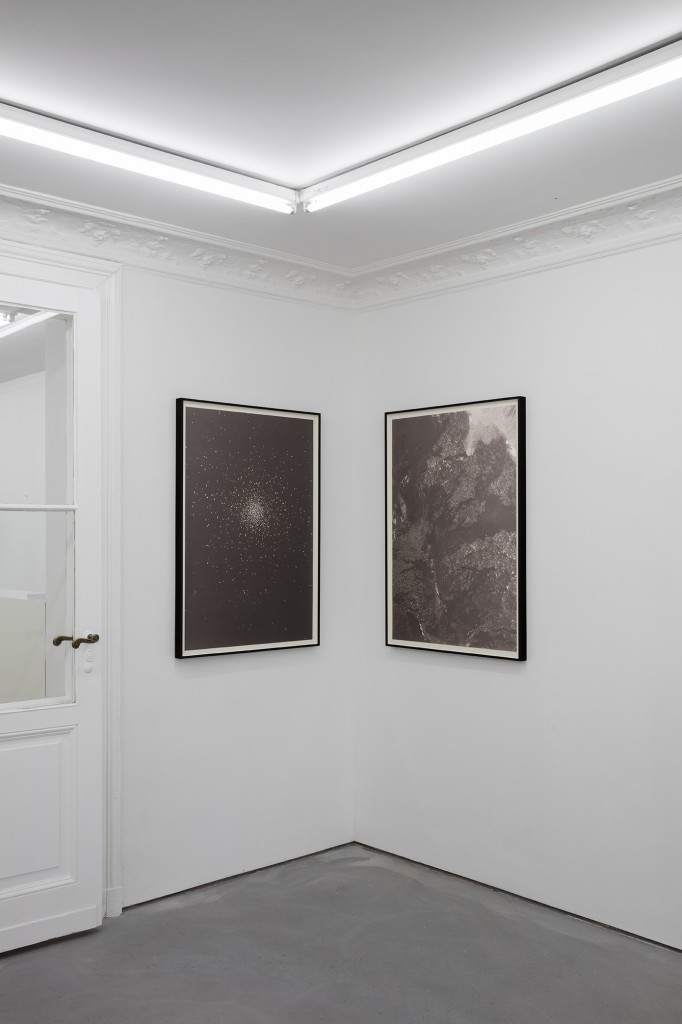 ‘Seismic Parallax’ is a diptych of salt prints reflecting on the collision of two optical orbits in the same geographical area. The first image shows the Whirlpool Galaxy–also known as M51–at 30 million light years away. It was taken as one of the first images of the recently opened Ethiopian space observatory. As a telescopic image operated from the ground it speaks of the technologically advanced human vision and its timeless motive of staring into the the sky.

The second image depicts a volcanic eruption in the Danakil Depression in Northern Ethiopia, which is considered the hottest place on earth in terms of year long average temperatures and likewise one of the lowest lying areas on the planet. With three tectonic plates meeting in the Danakil Depression it is marked by volcanic activity and geological instability. Its landscape is defined by salt lakes and hot springs, with extreme microorganisms, that are of major interest for astrobiologists. The image was captured from outer space after artificial intelligence software operated by a swarm of satellites detected changes in the underground lava lake. The satellite swarm predicted and captured the volcanic eruption in an early stage even before the scientists did.

Both digital images are reproduced with salt collected in the salt desert surrounding the volcano in the Danakil Depression. As a diptych they confront a view from above with a view from below, both mediated through advanced technologies. Realised with a material indigenous to the Danakil Depression, the digital images consisting of abstract sets of data find their way back into concrete materiality. It is a procedure that raises questions of how to represent or approach a landscape, how to measure the world in scientific terms, how to make use of specific resources and how to relate to outer space–to that which goes beyond and still forms part of the world’s broader ecosystem. 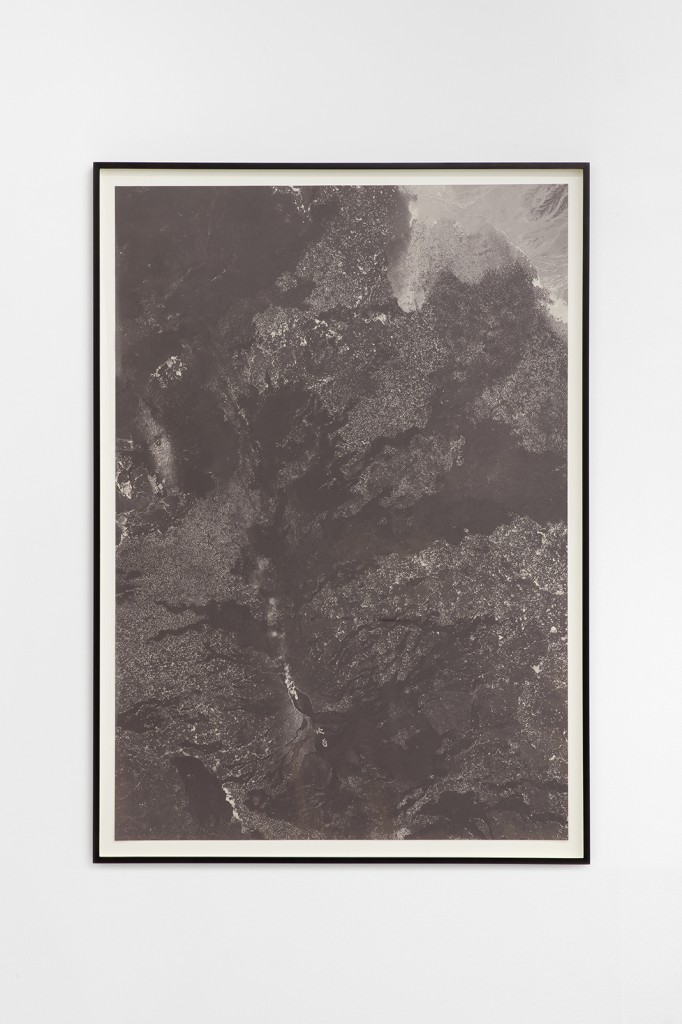 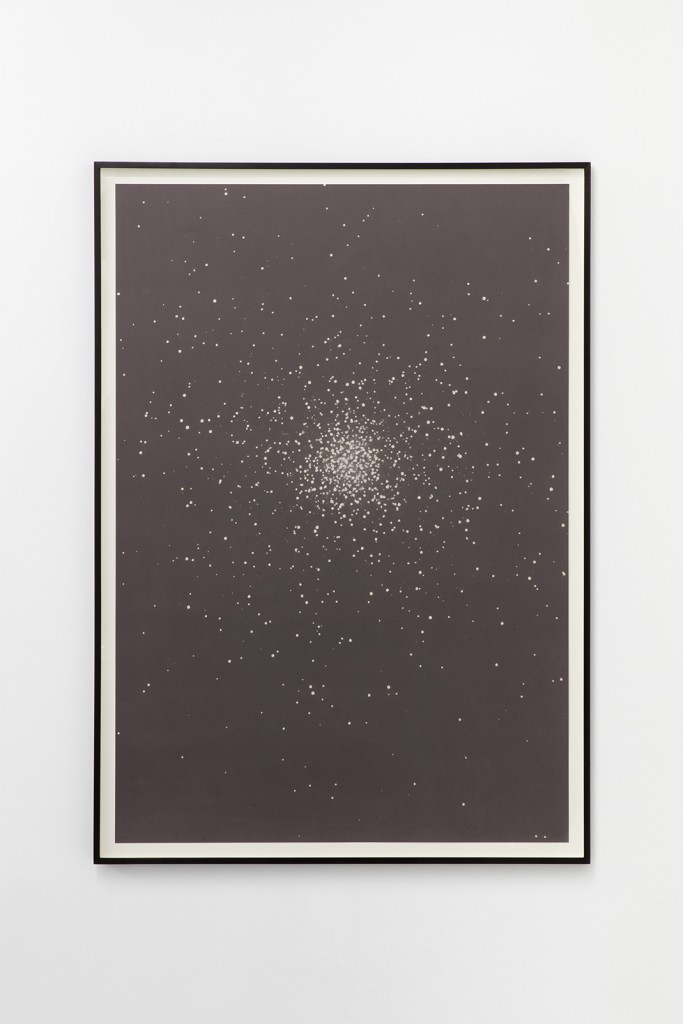