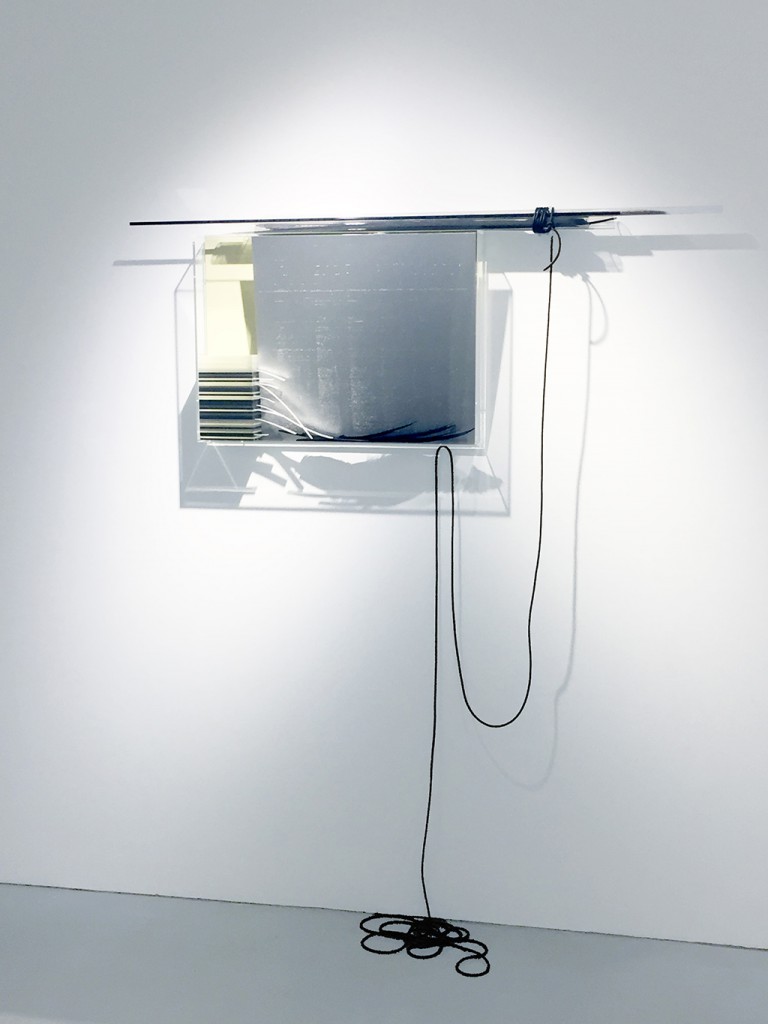 Subcecond Flocks – When you startle awake at four in the morning it’s not because you’re feeling happy captures speculative material evidence of a sub-second symbioses between human panic and automated mathematical rituals in financial markets. In a closed off sphere, a machine ecology manifests itselfs through engraved aluminum, a panic stack, black swan feathers, tubes, desert sand, and testifies of a subsecond financial collapse. In this micro event, known as the ‘the Hack crash’ (2013), the affective contagion between humans and non-human actors (trading algorithms) via language and social media invoked a new financial reality instead of reflecting and responding to an existing one. 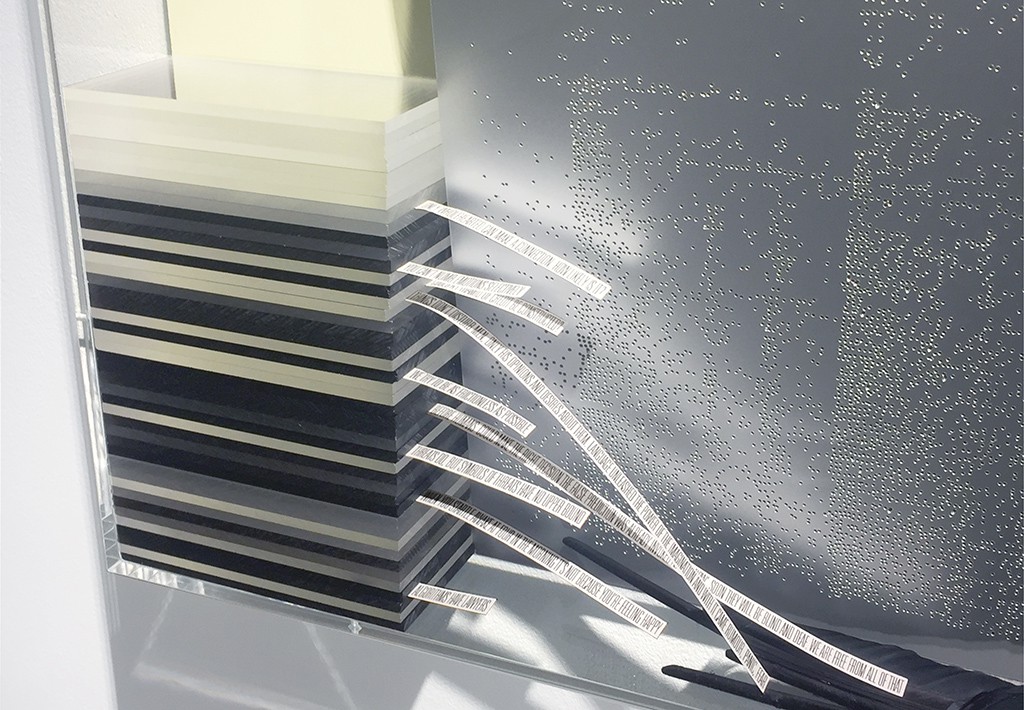 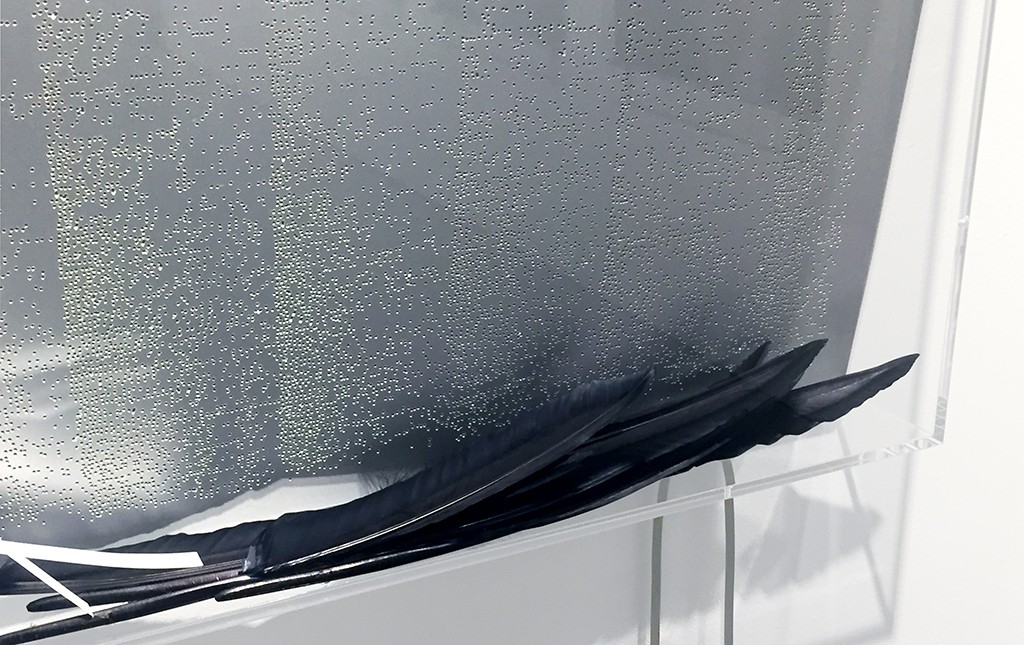 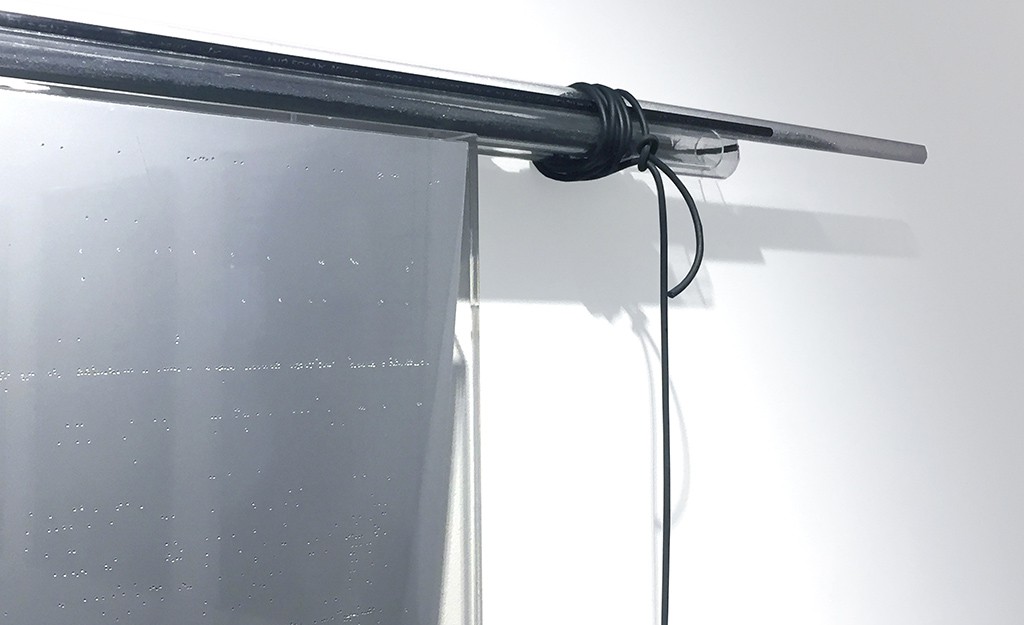