The Murmuring Tonines (2020)
series of pen drawings on board, wall drawing, bench, audio-story 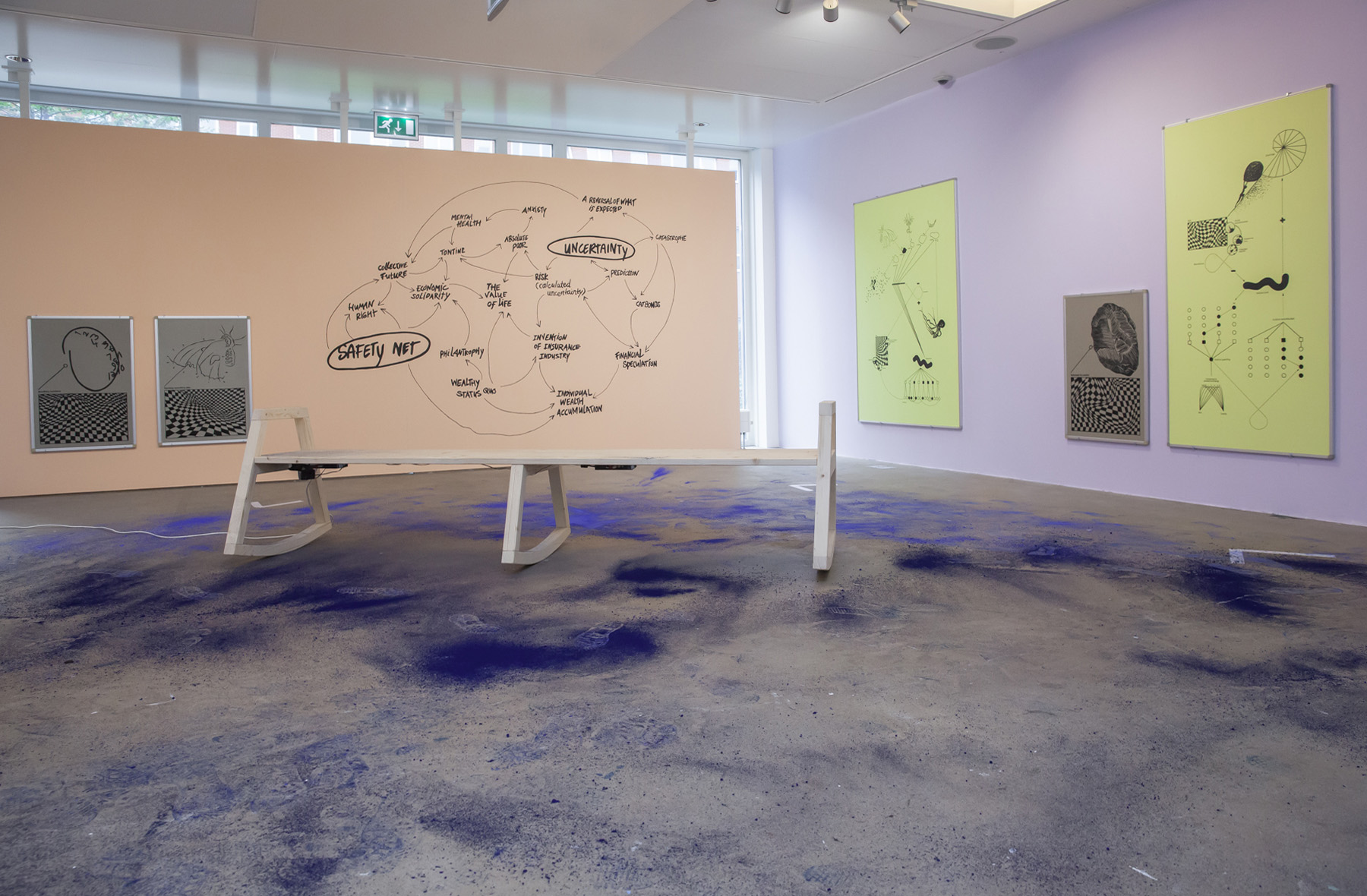 To the central question of this exhibition, in which world you would like to be born if you were to reincarnate, Femke Herregraven answers: “In a world in which the vulnerability of one is carried by the shoulders of all”. This answer took shape in this installation around the “tontine”: a risk insurance policy developed in the 17th century by the Italian banker Lorenzo di Tonti. The participants all deposited a certain equal amount in a money pool that was invested in its entirety and paid to the last survivor. Often a large multiple of the amount invested. The system became controversial in the Western world because it speculates on the life expectancy of others, becoming synonymous with greed, corruption, and even murder. In the meantime, however, the tontine has a very different reputation outside the Western world. In several poorer communities, the tontine is known as a form of micro-credit provision. An honest assurance that is not based on the death of its members, but on their presence. These, often informal, tontines consist mainly of female members who all make regular payments and receive a larger amount if they need it to invest in their small business. This tontine is an example of economic, social, and cultural solidarity where the group bears the risk of the individual.

Today’s formal insurance industry is based on the “each man for himself “logic while the future risks we face as a world population are collective. The Murmuring Tontines – consisting of a mural, drawings, an audio story, and an unstable bench – proposes a scenario in which future risks to the community, and not just the individual, are minimized by speculative tontines designed to protect the commons. This relates to human and nonhuman species, the environment, and immaterial heritages. Herregraven’s contribution is part of her long-term research into the effects of abstract monetary systems on the historiography and on the lives of people and specifically the way even our future is expressed in money: in the form of catastrophe bonds, speculating on (nature) disasters. How can a new community emerge from the catastrophe? That is the question Herregraven asks herself. 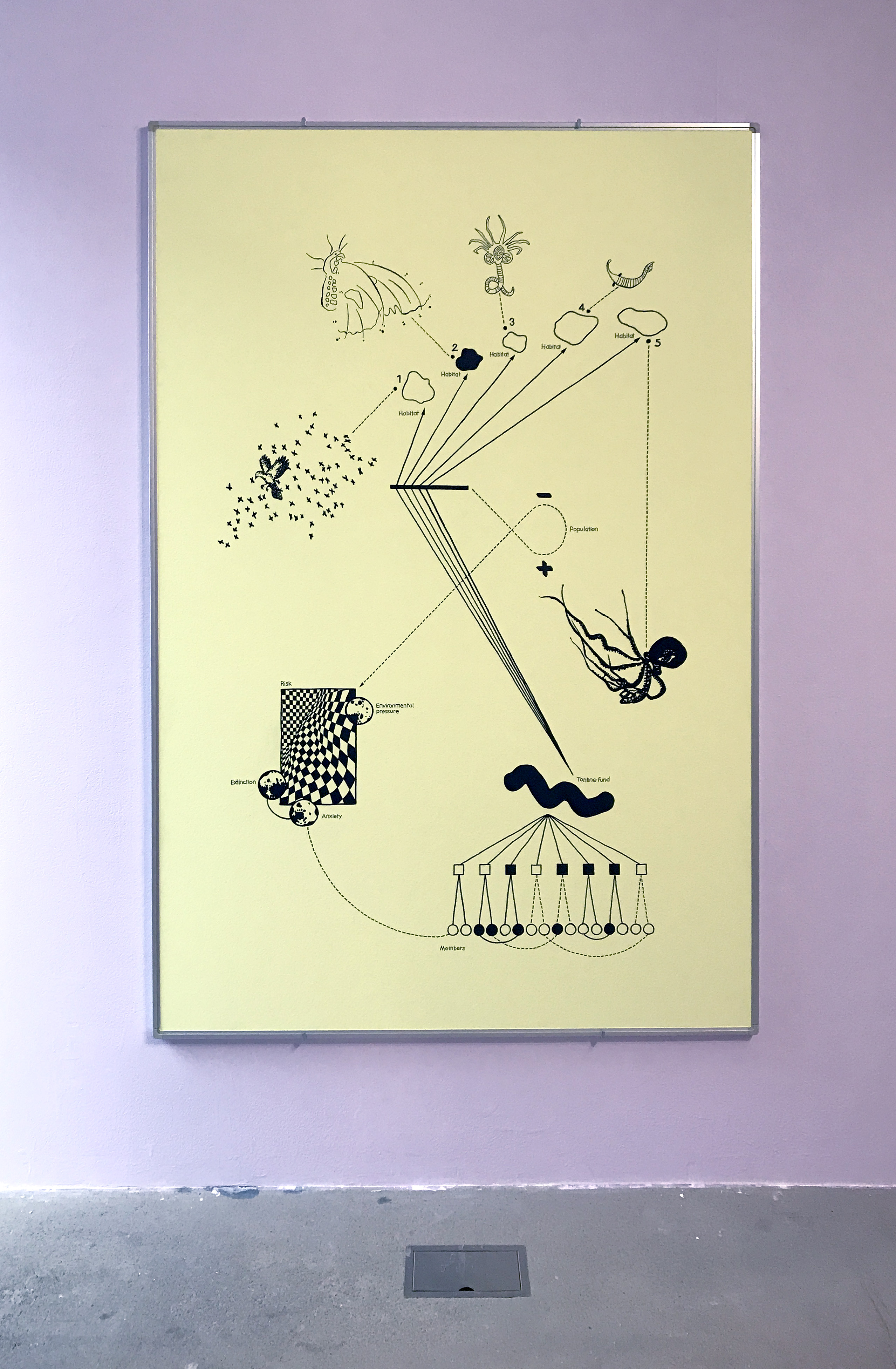 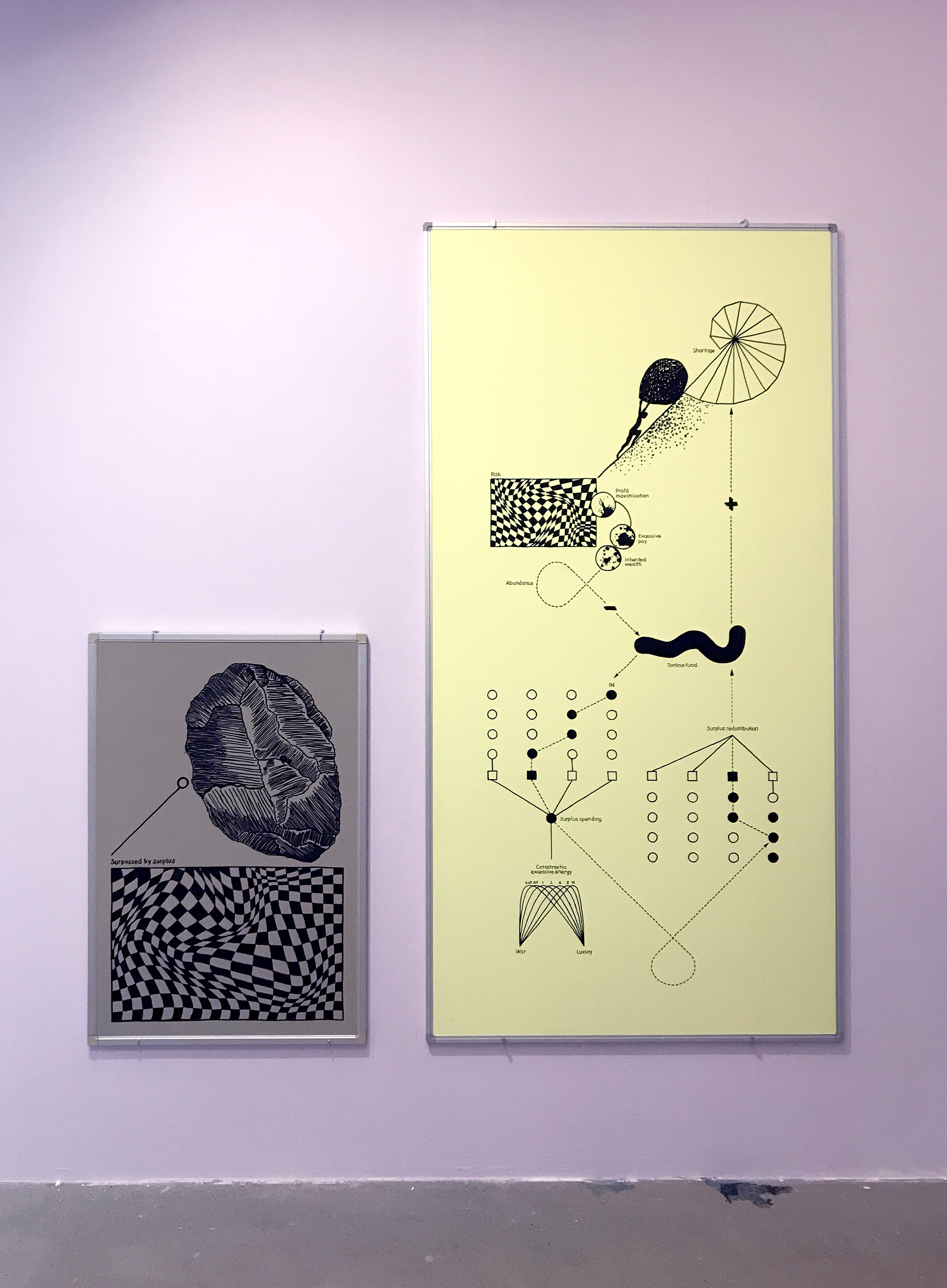 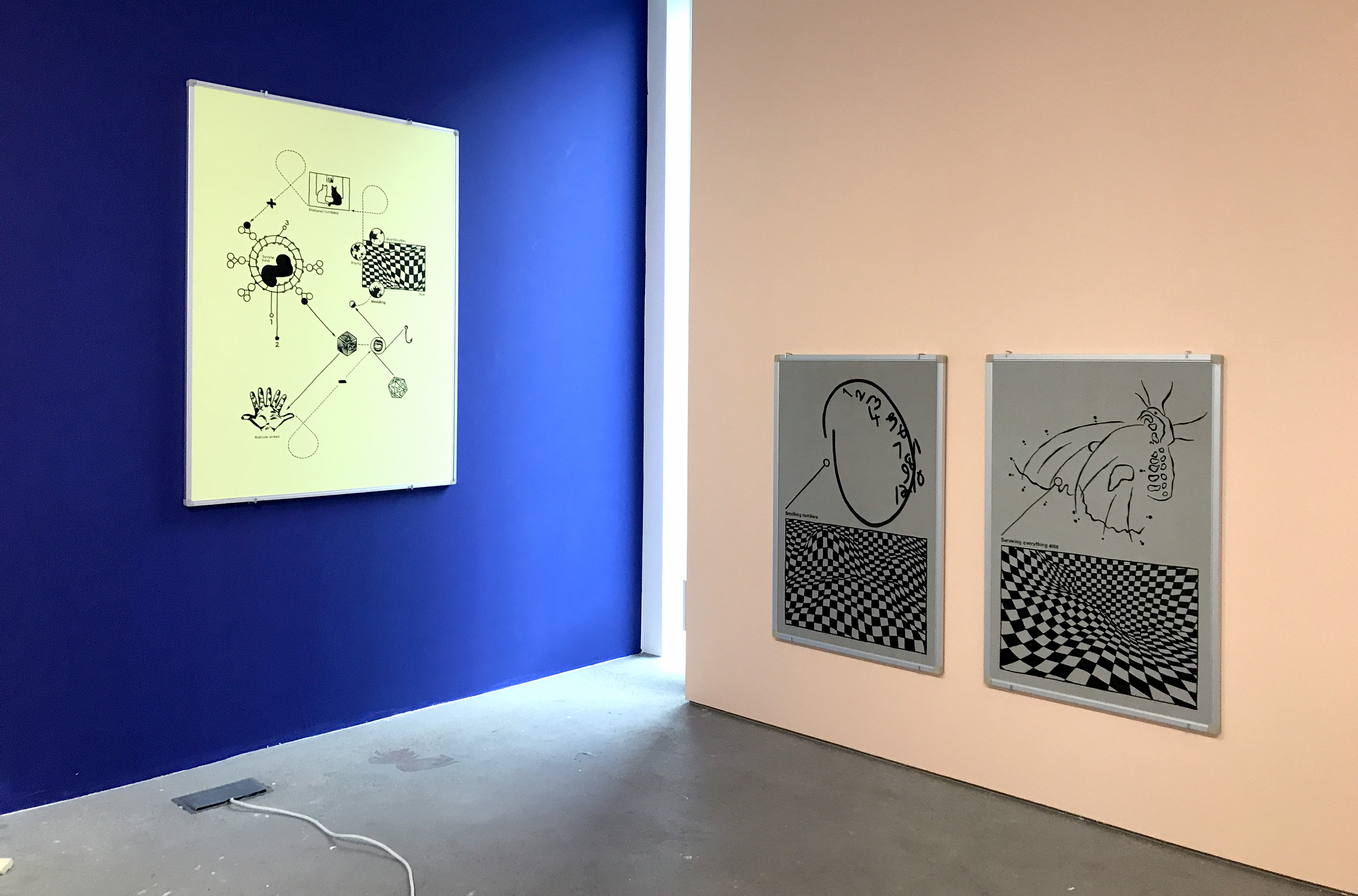 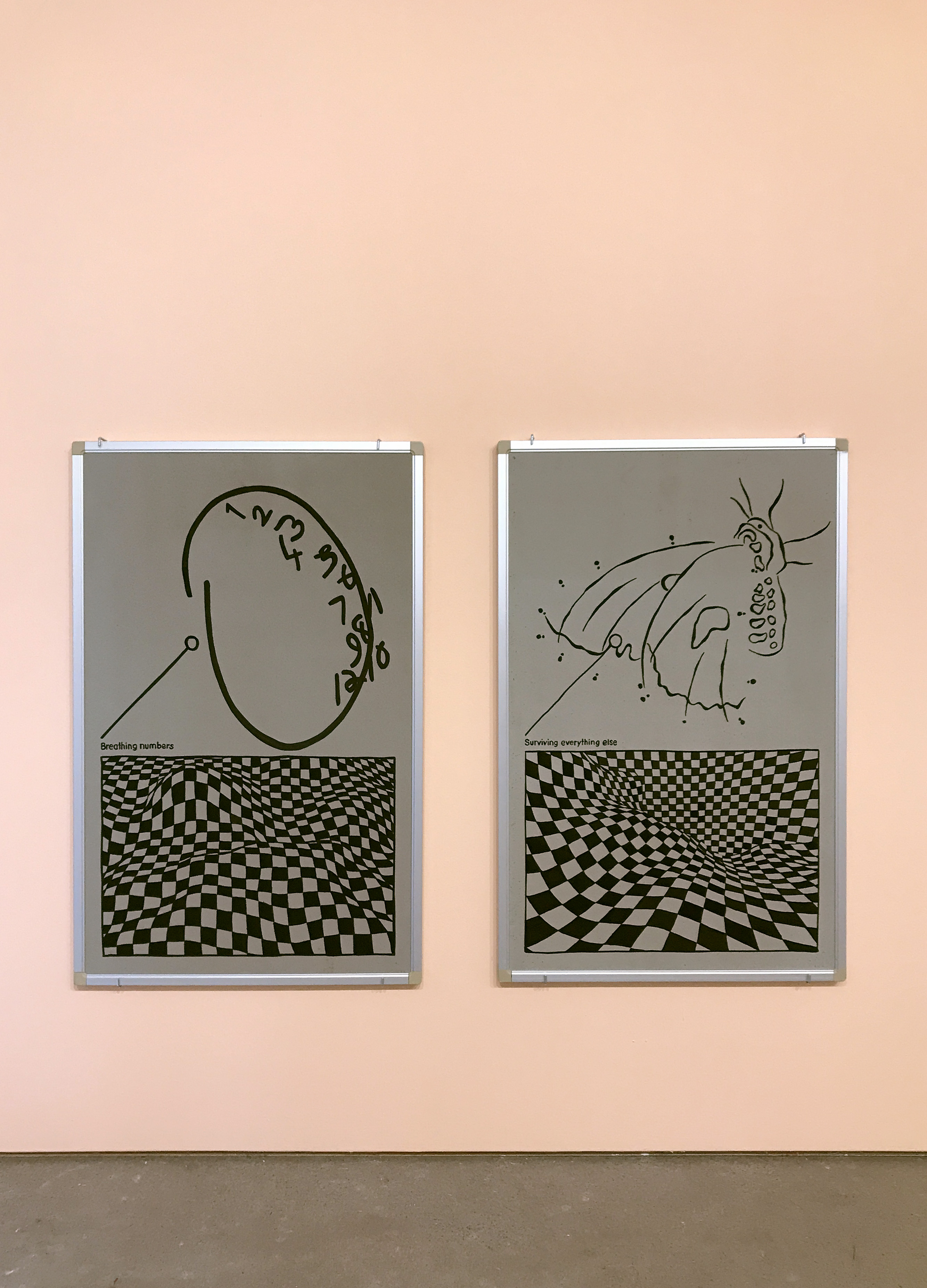 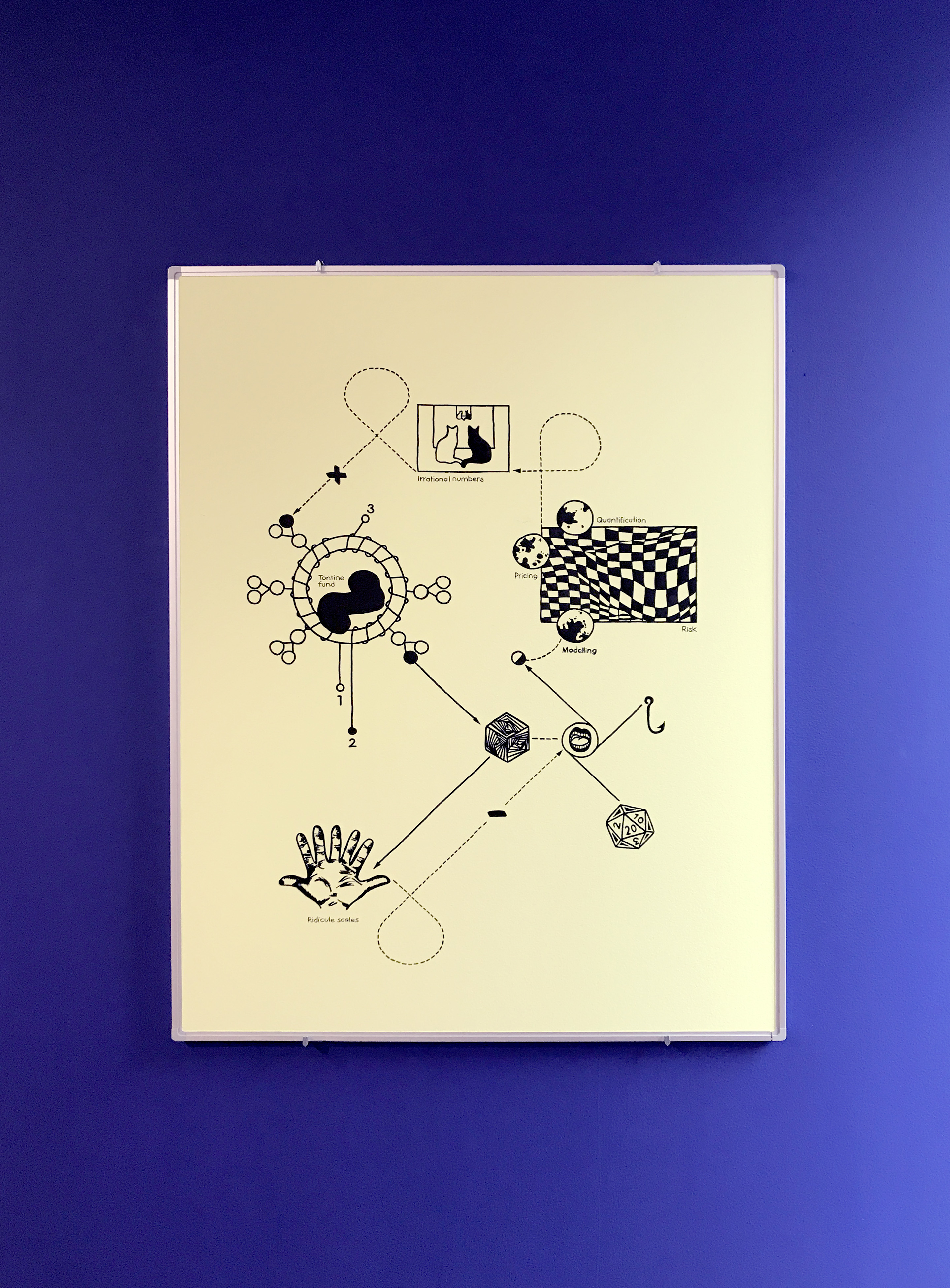