conversation with Femke Herregraven and Defne Ayas
video “Through the Gates: The Procession” 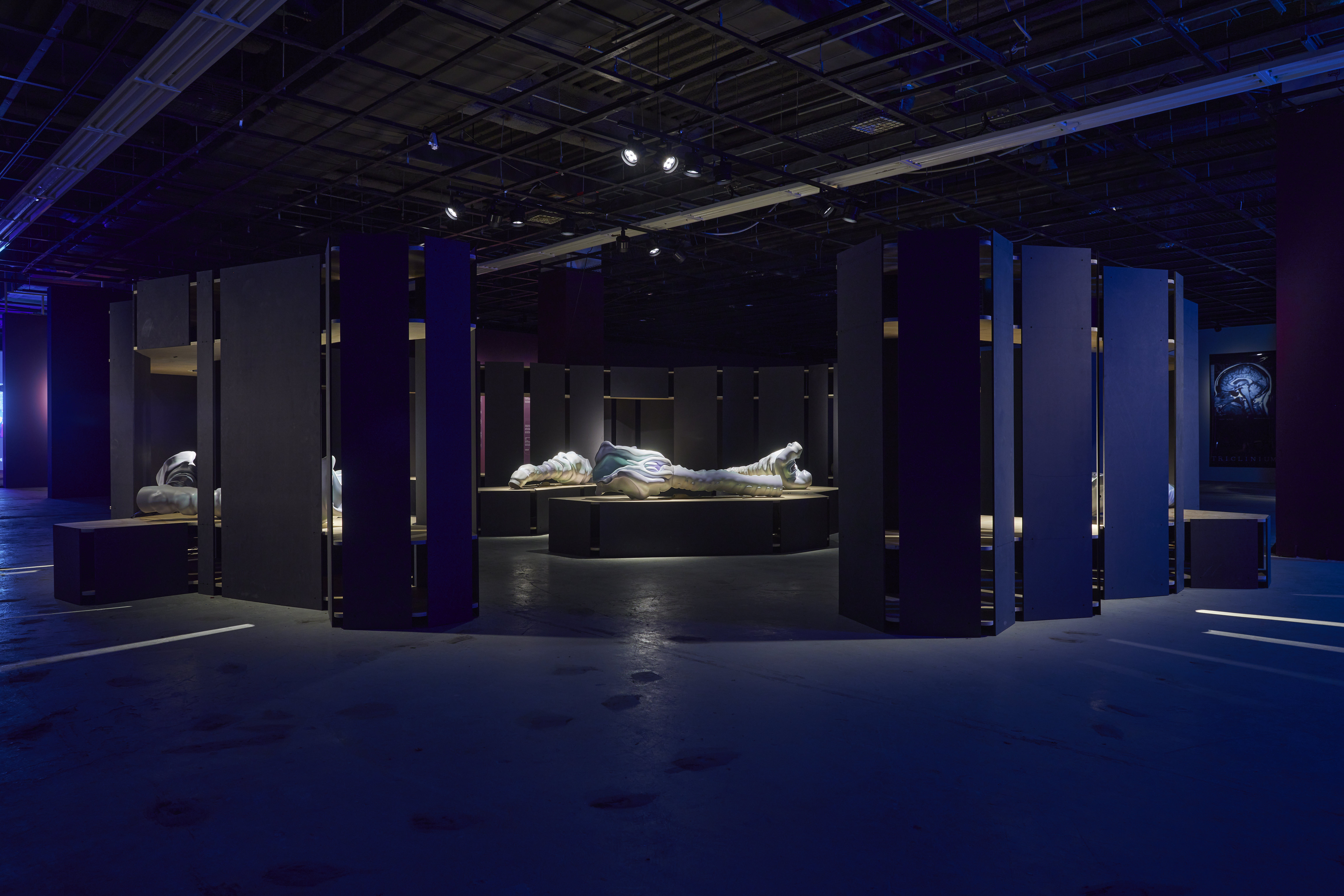 How can a new voice emerge from a catastrophic moment? Twenty Birds Inside Her Chest (2021) by Femke Herregraven explores the aquatic voice and the watery commons as a site of resistance in times of planetary catastrophe to counter “discourses of doom.” Following Elaine Morgan’s controversial hypothesis that humans evolved from isolated, semi-aquatic primates and not the “mighty male hunter,” Twenty Birds Inside Her Chest interprets the bodily instincts of the haenyeo, female freedivers on Jeju Island, through a living sound archive of the sumbisori, the high-pitched whistle emitted by the haenyeo as they surface from deep water. Often described as both lilting and haunting, the sound is the result of the forceful expulsion of carbon dioxide from their lungs followed by a quick intake of fresh oxygen. In the artist’s words, “the sumbisori symbolizes not only their adaptation to water but also the moment of moving between life and death, of overcoming the moment.” Herregraven’s archive is intended to preserve the haenyeo’s aquatic voice of communal survival and will be returned to the community following the exhibition.

Herregraven and composer BJ Nilsen collaborated with the haenyeo community for the recordings. The sumbisori sound compositions are presented through eight sculptures informed by the shape of the human larynx inside a circular installation reminiscent of the bulteok structure that the haenyeo use for shamanic rituals and community meetings. The aquatic choir will train an artificial intelligence named Elaine whose voice and speech is marked by trauma. Also on view are other objects inspired by the Dutch harpoon that surfaced on the Korean shoreline 450 years ago via an aquatic body, a pierced whale.

Twenty Birds Inside Her Chest amplifies the collective voice and allows us to experience the watery commons of Jeju, the home to matriarchal freediving communities who are known not only for their physical strength and endurance but also their fight for social justice and political freedom. With fragility, resistance, and collectivity, these indigenous marine biologists hold immense experience and knowledge about natural systems, their disturbances and, potentially, our future. (Text by Defne Ayas) 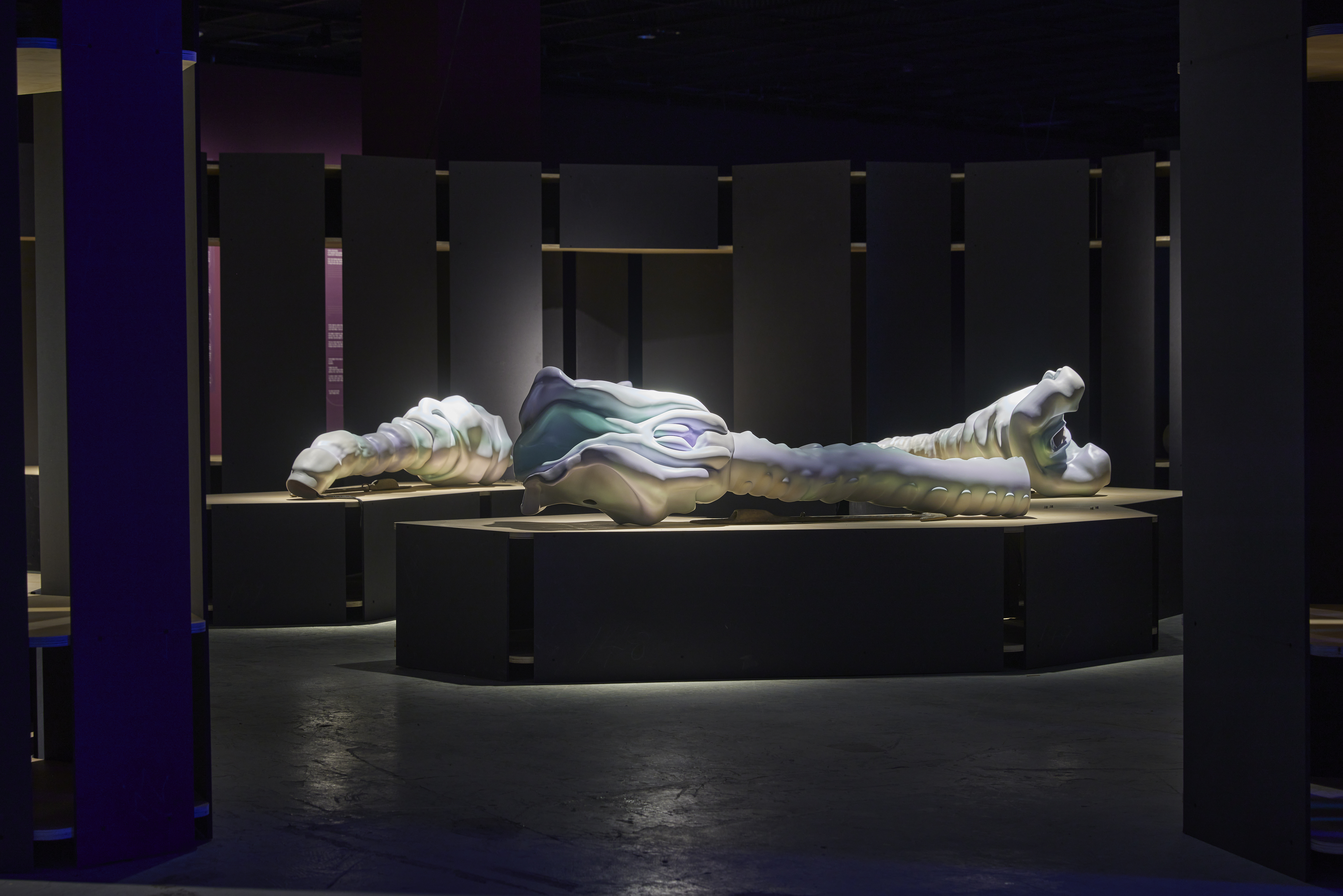 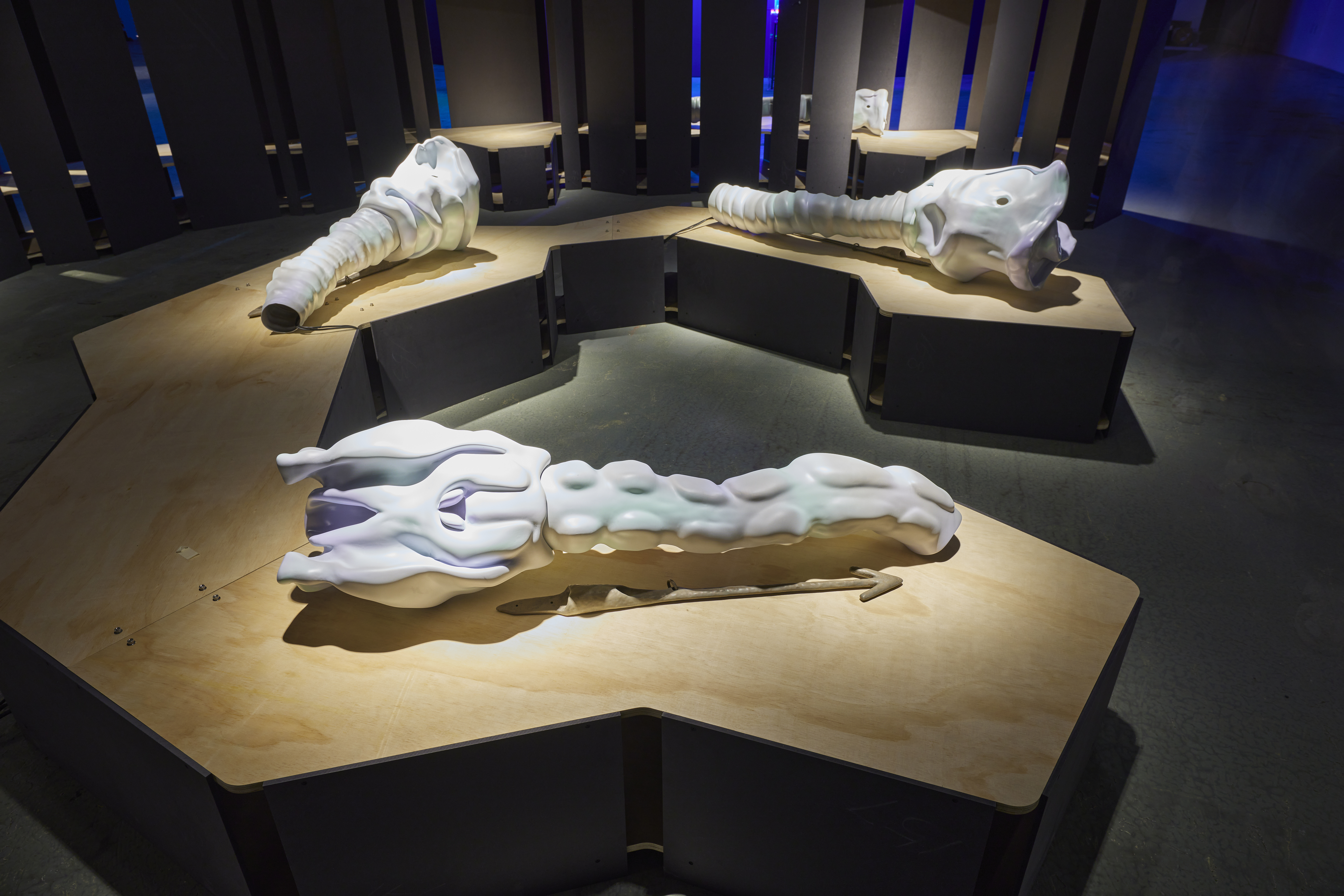 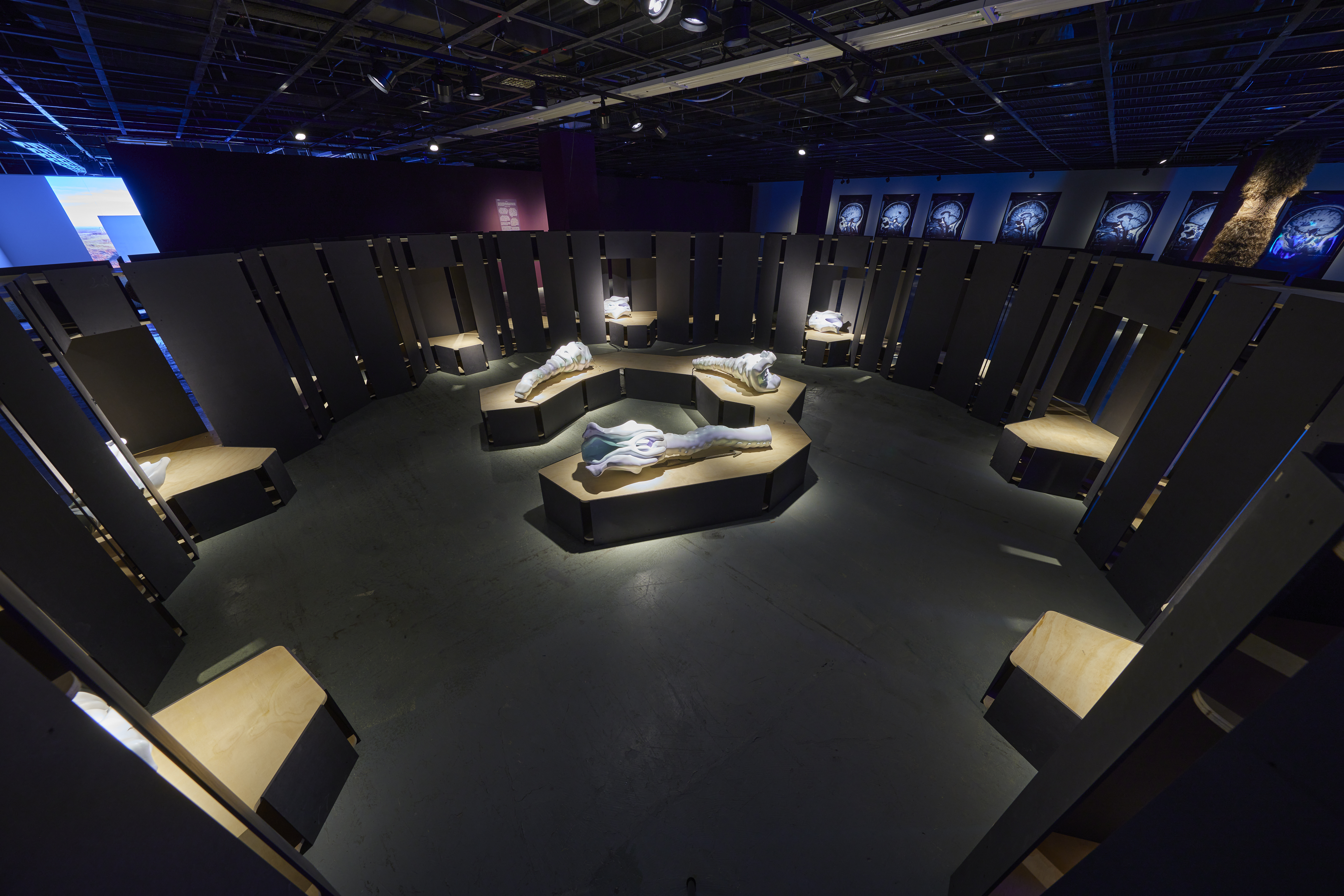 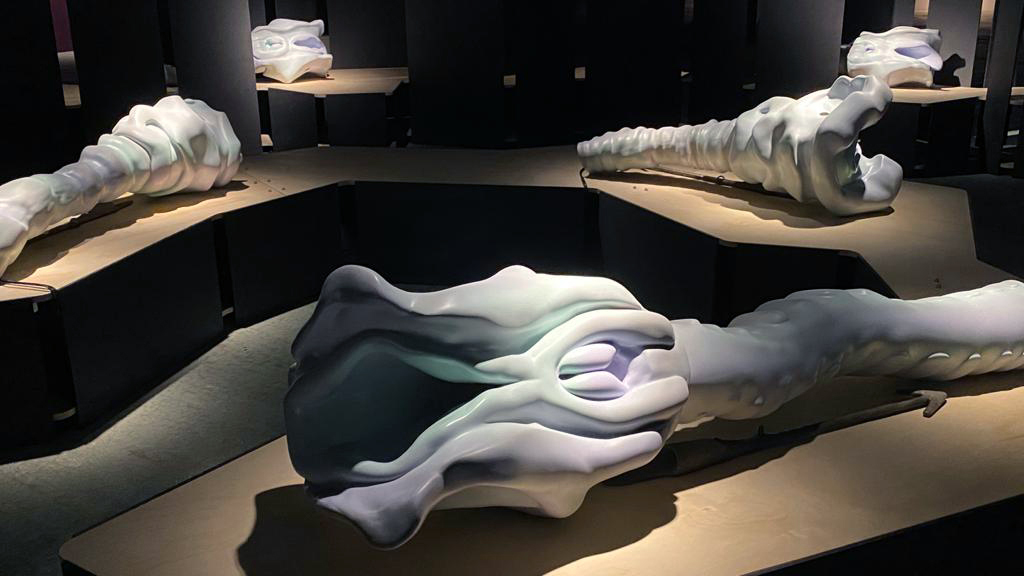 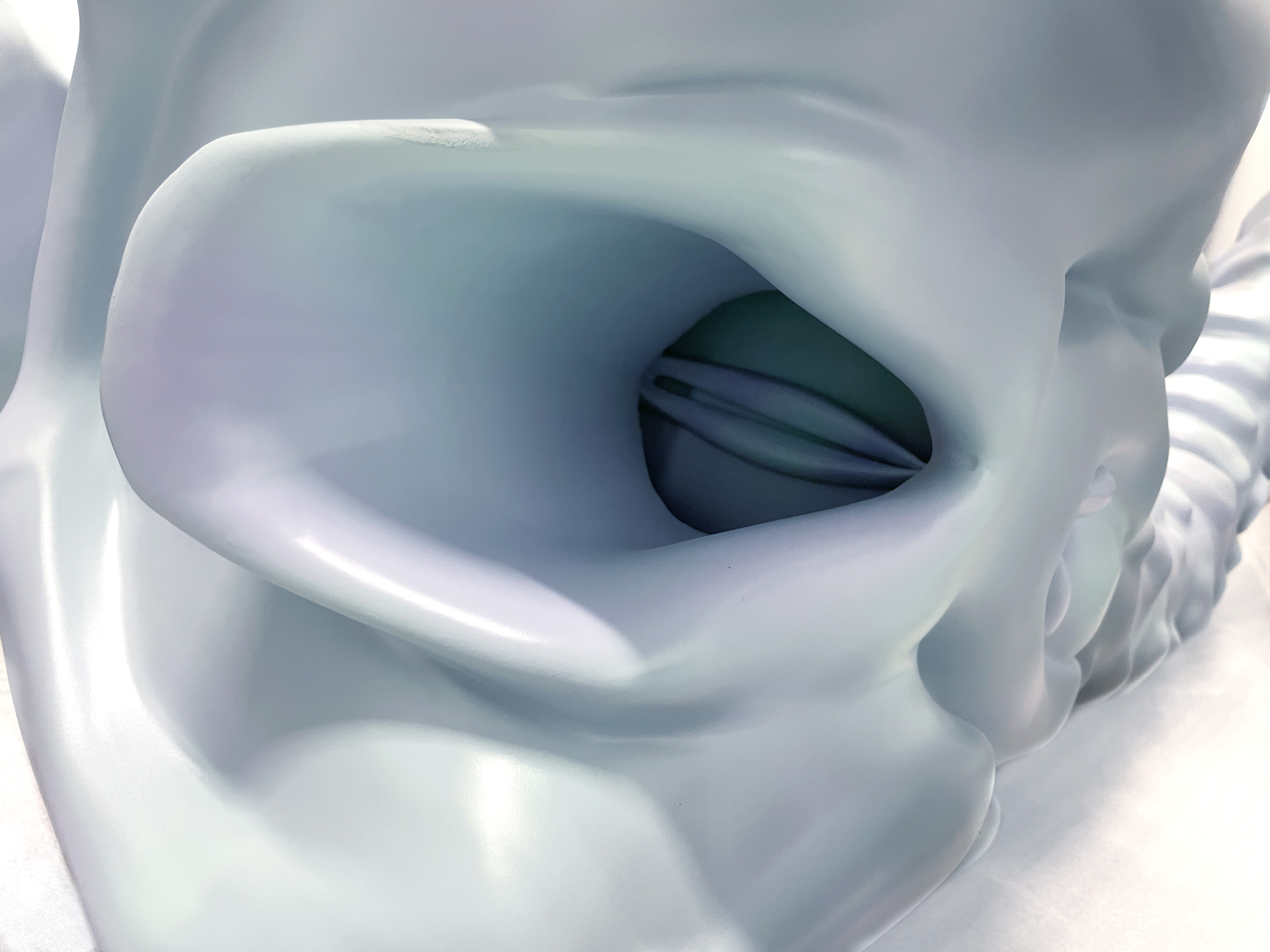 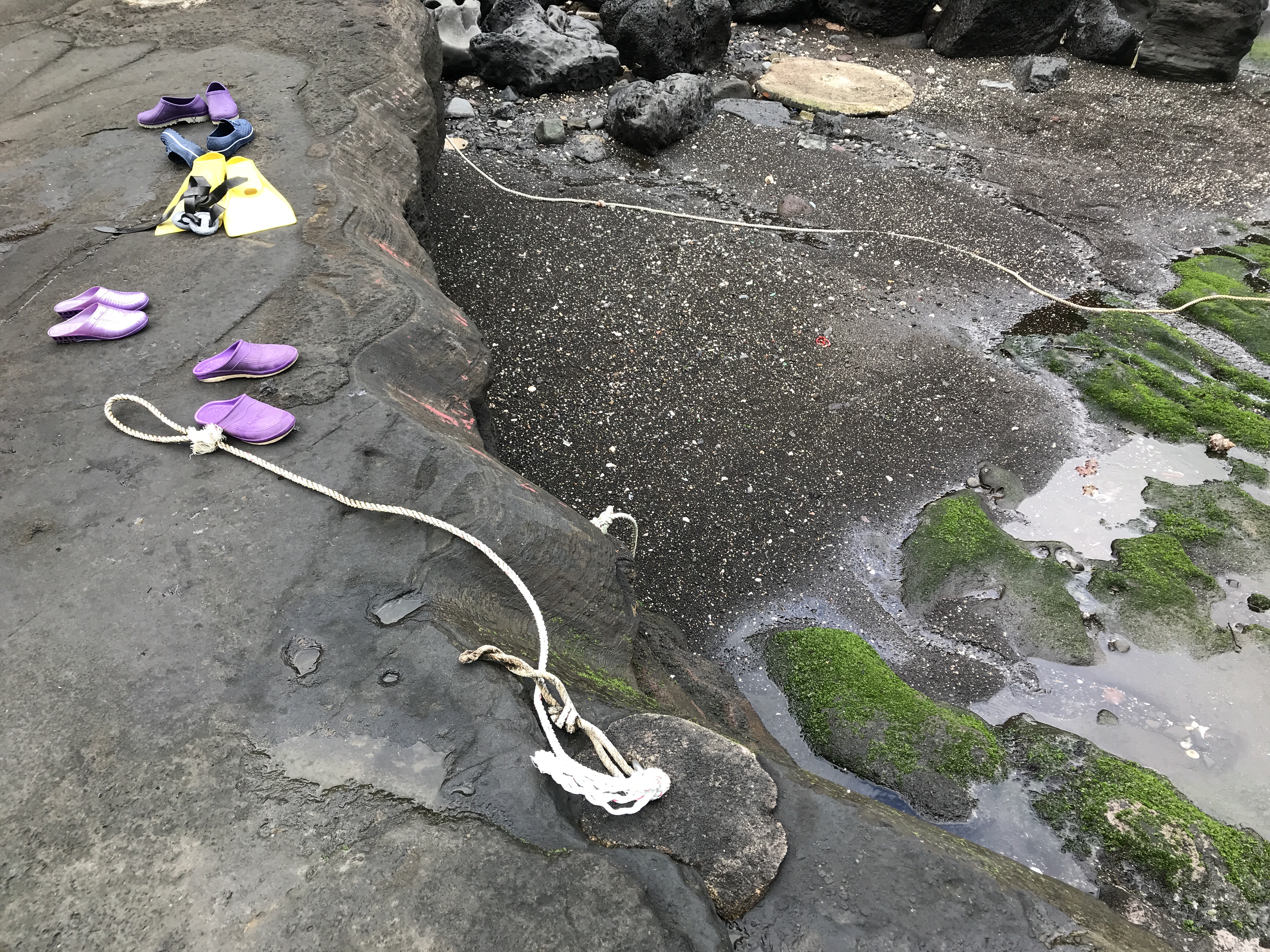 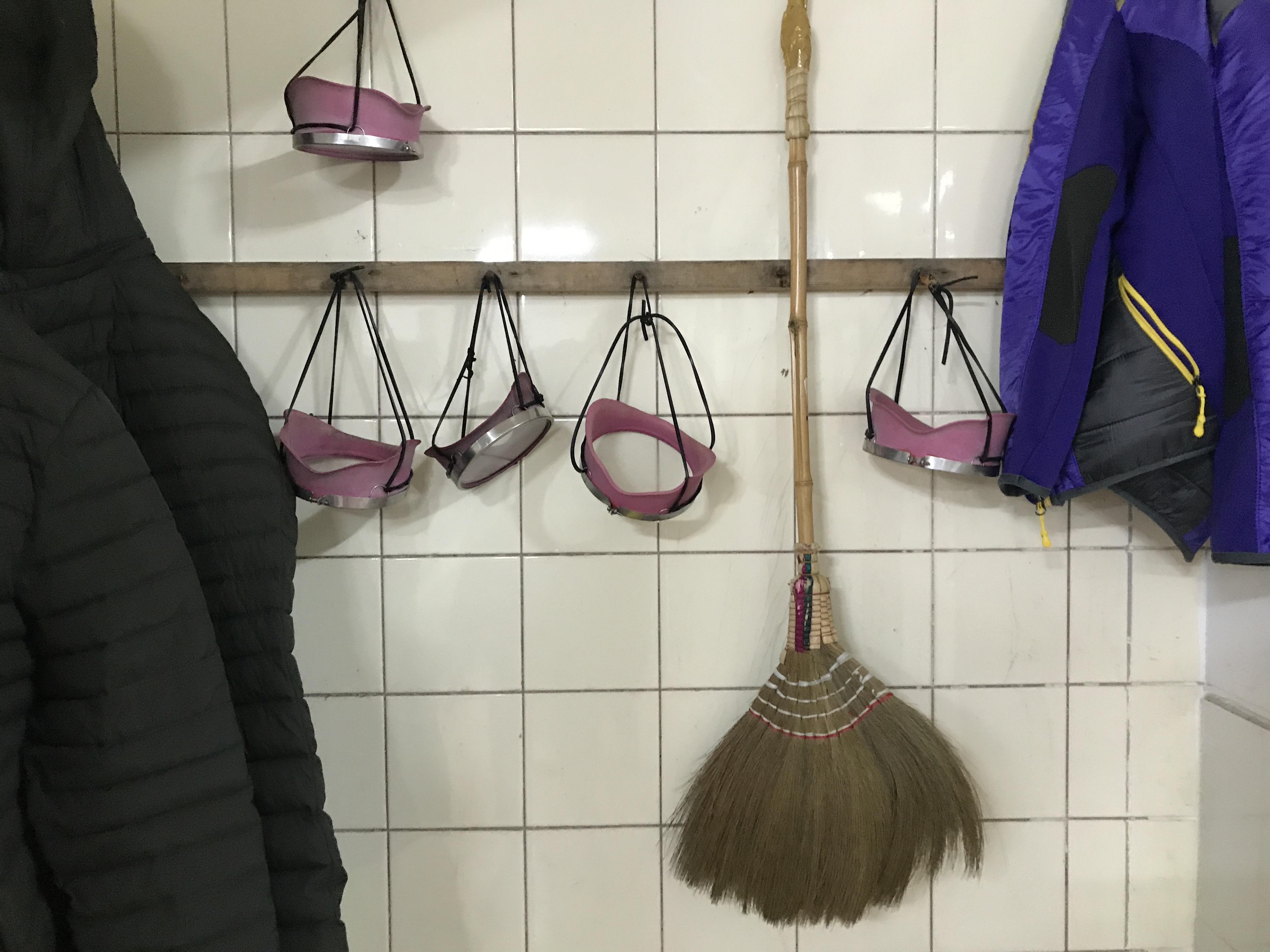 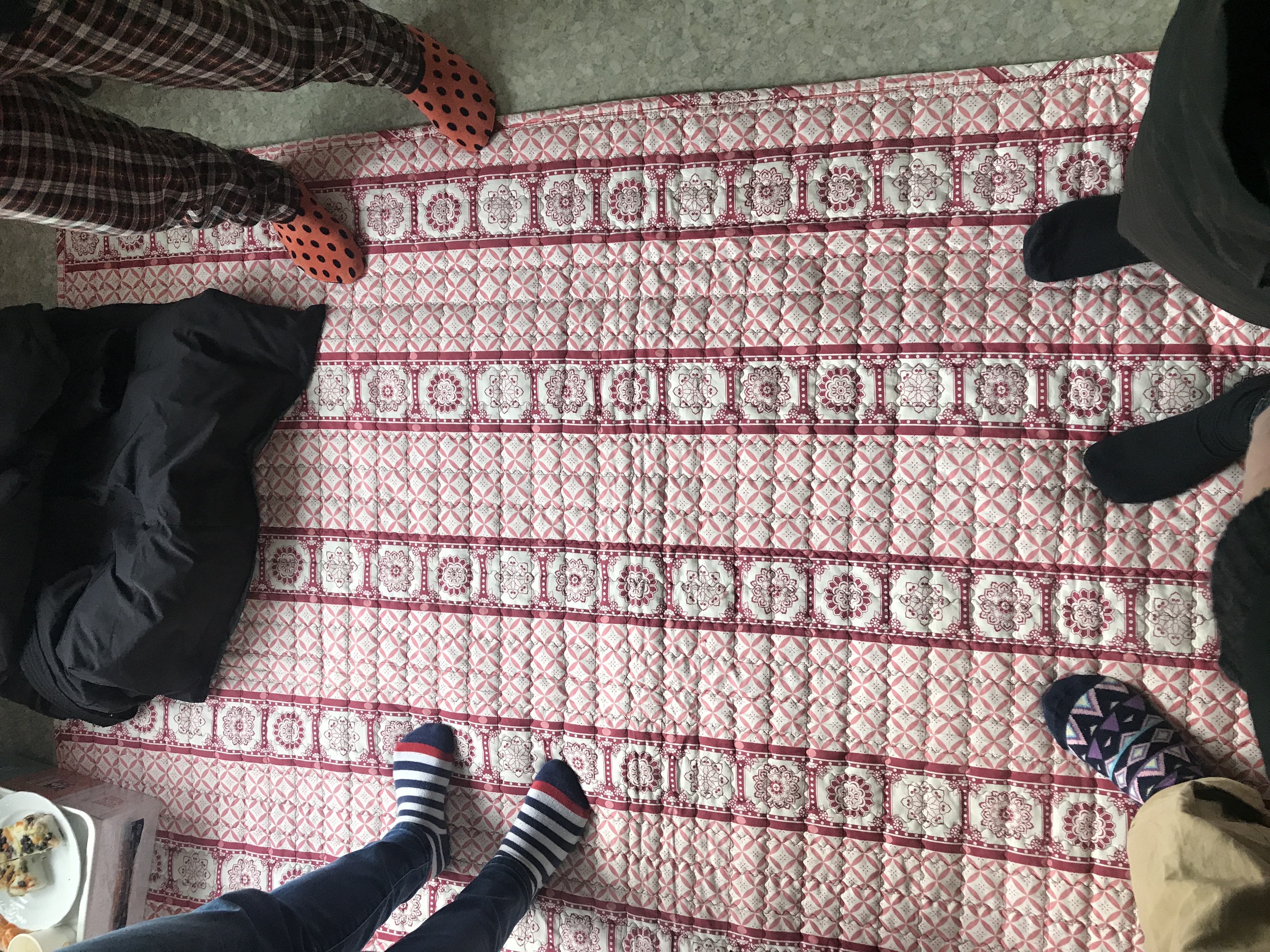 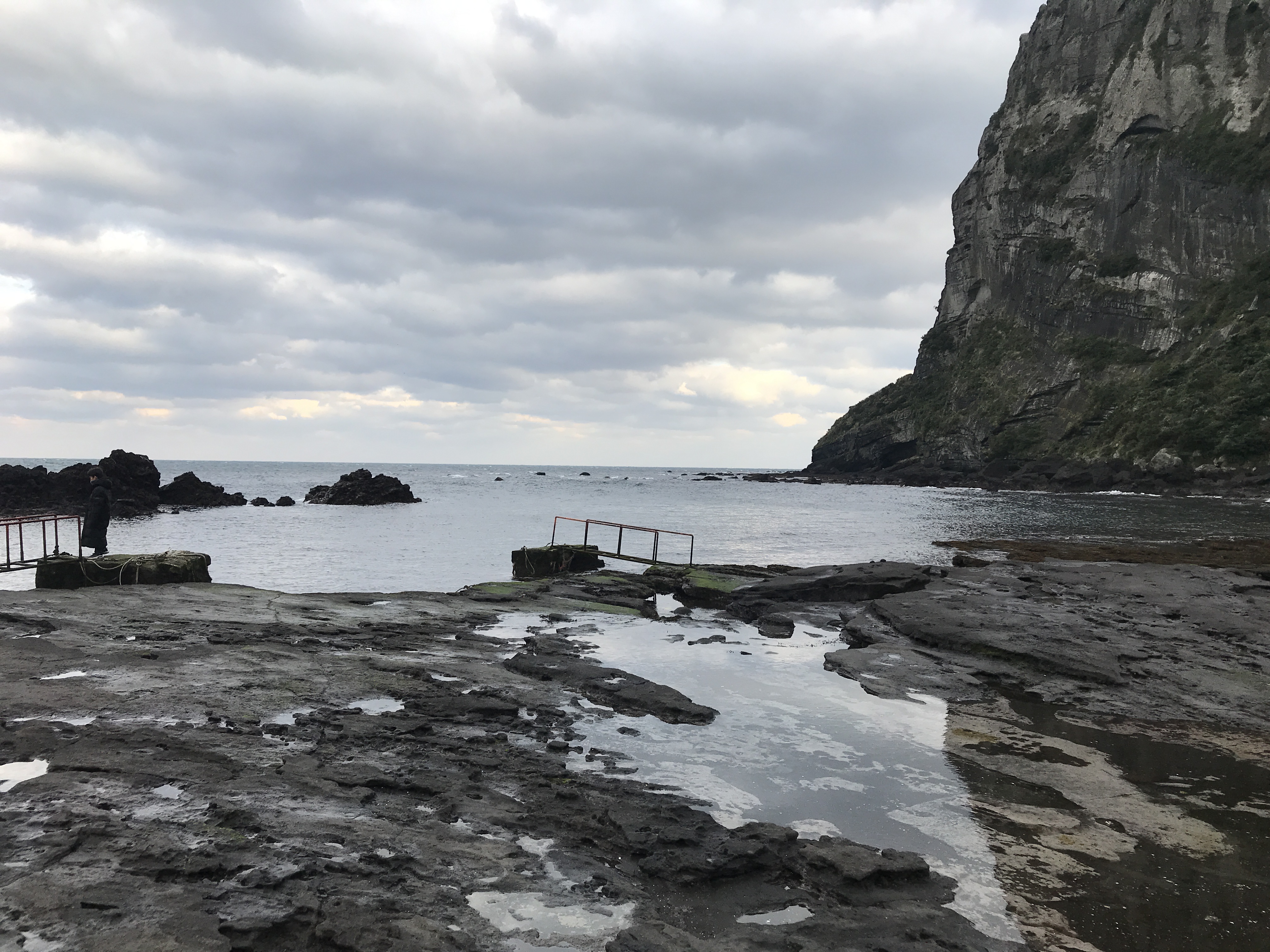 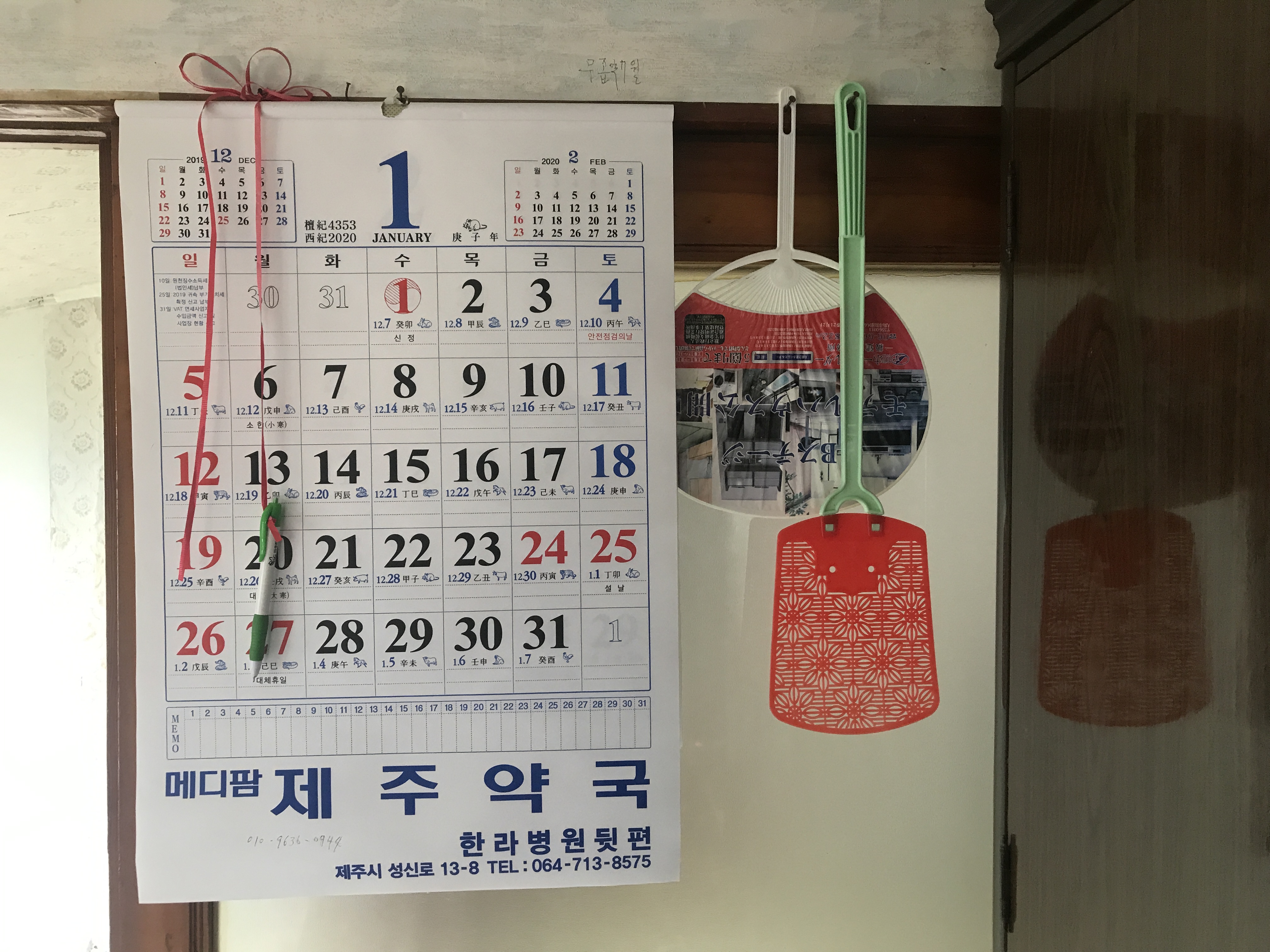 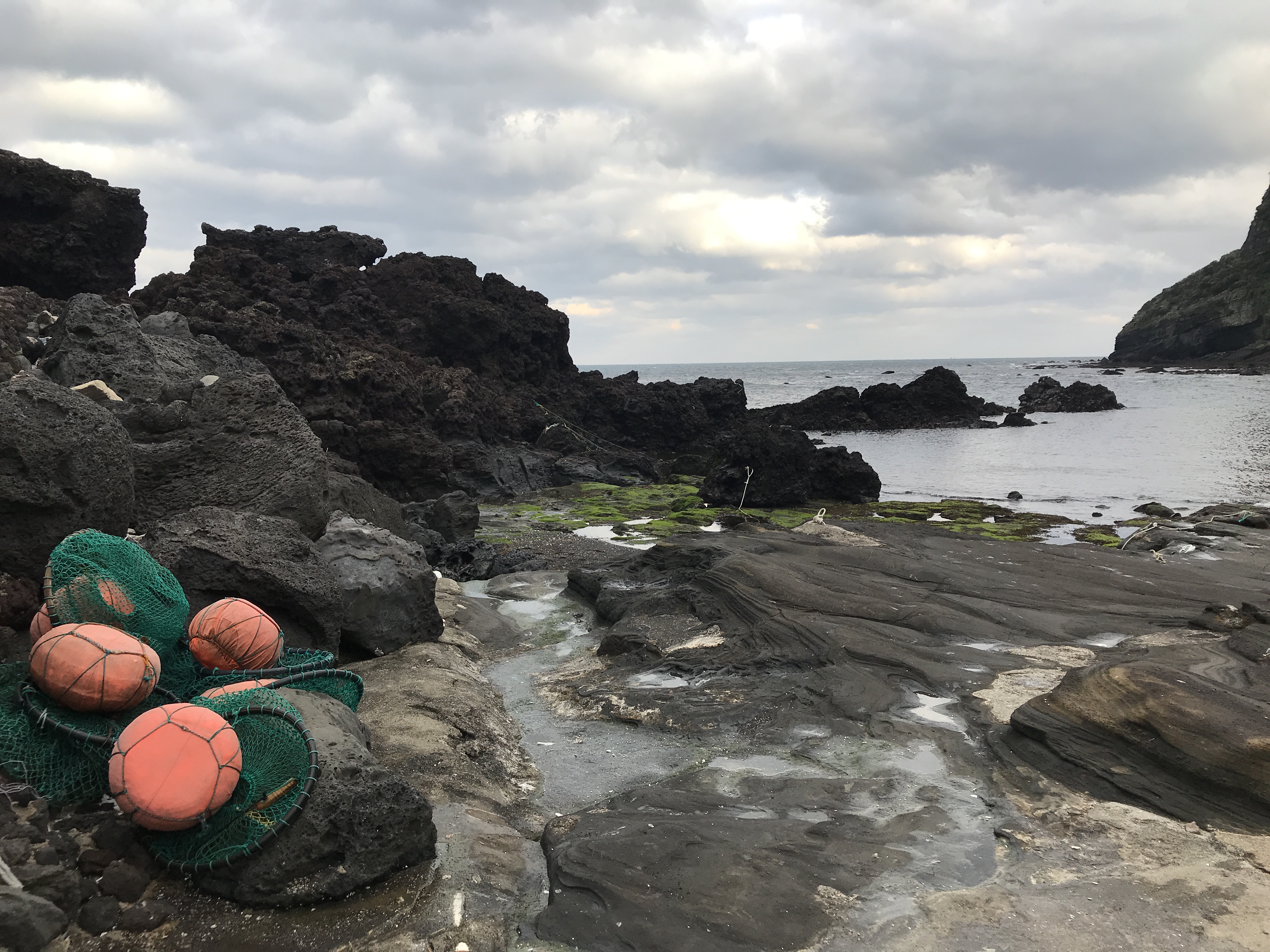 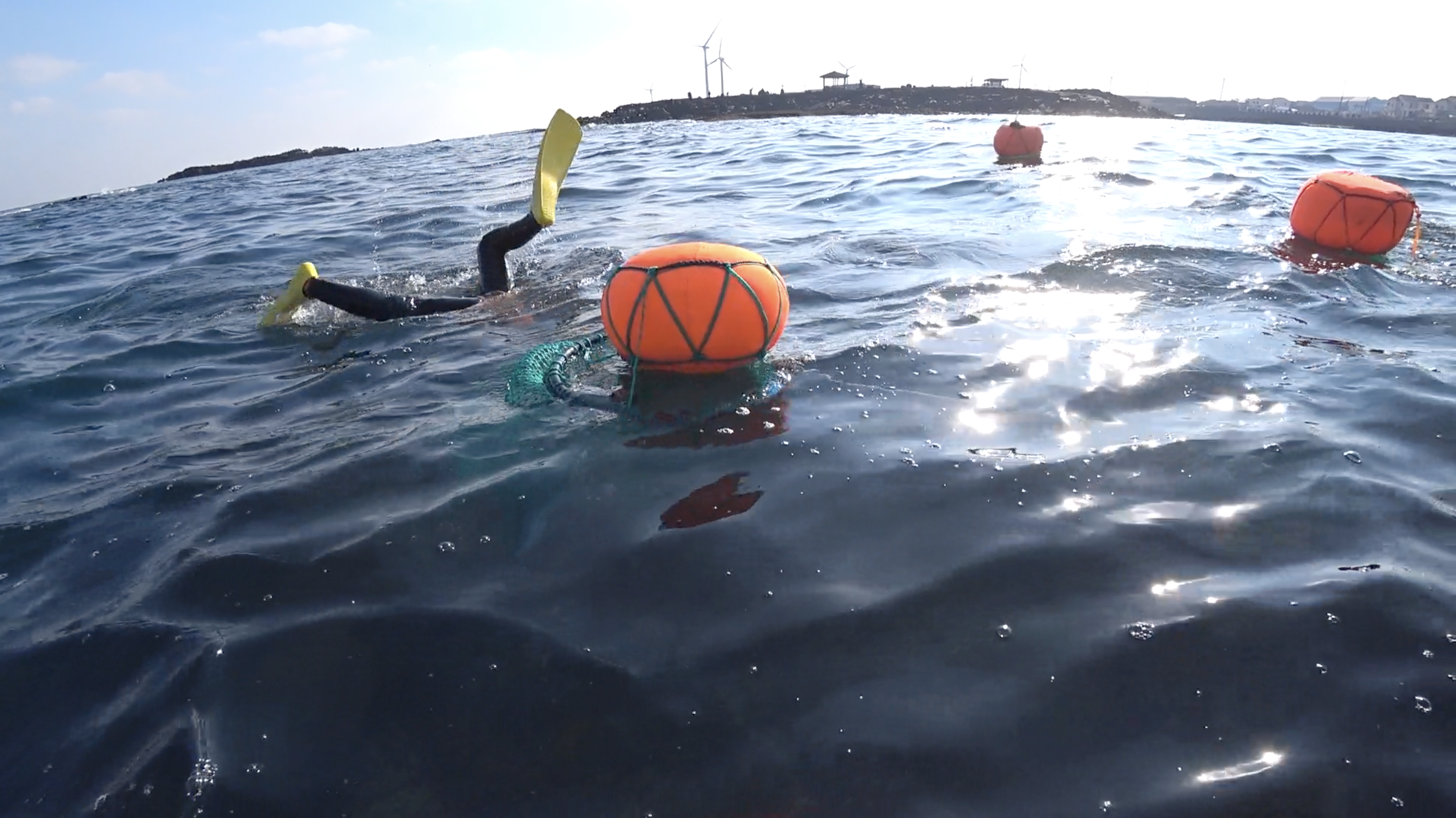 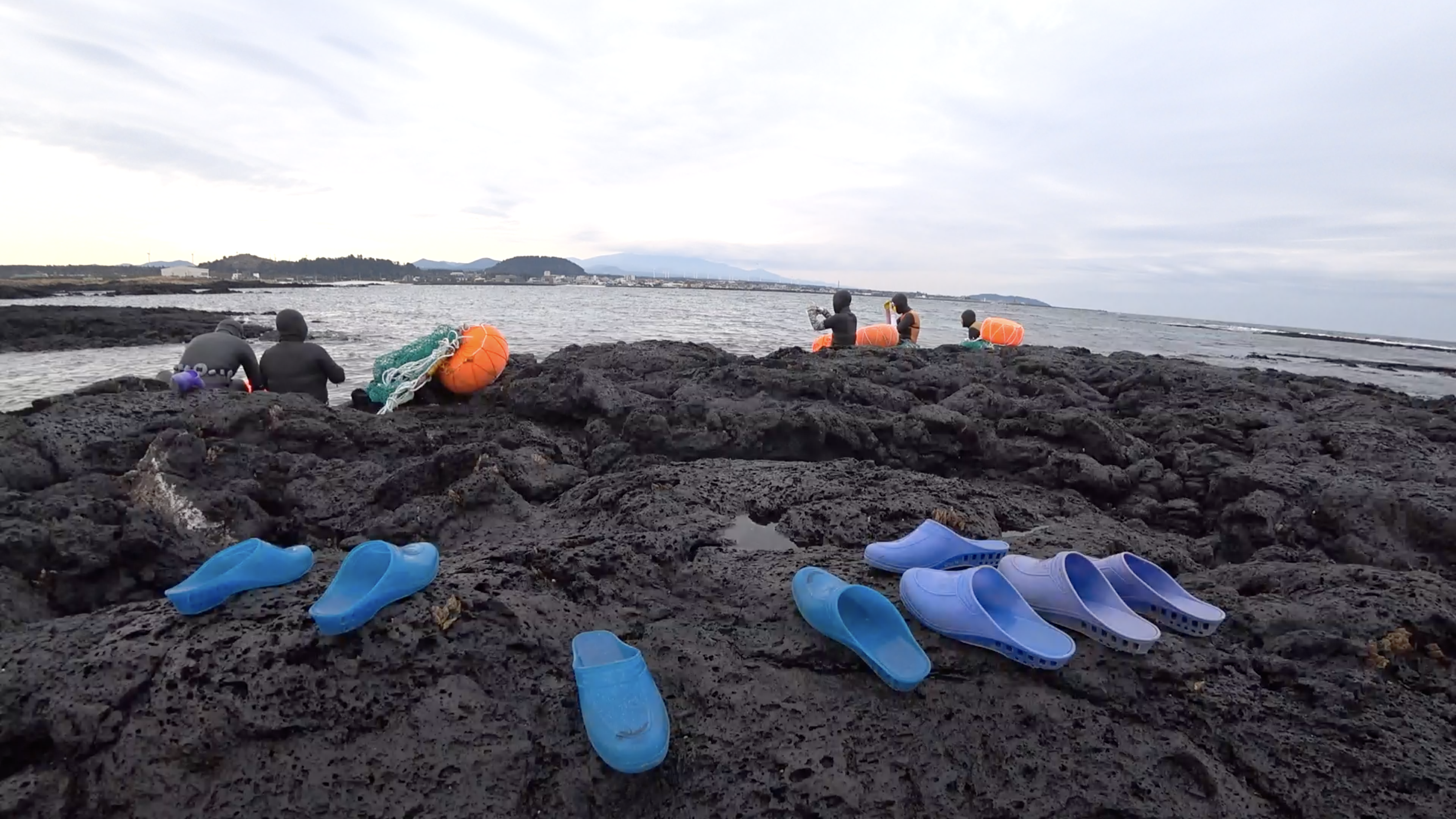