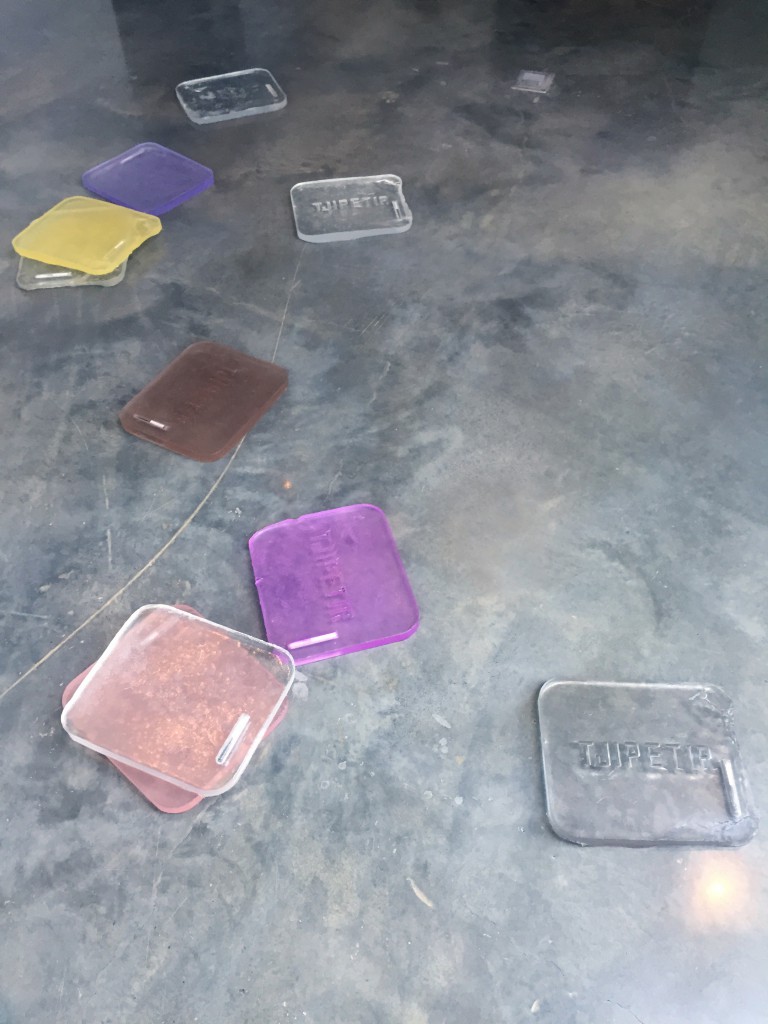 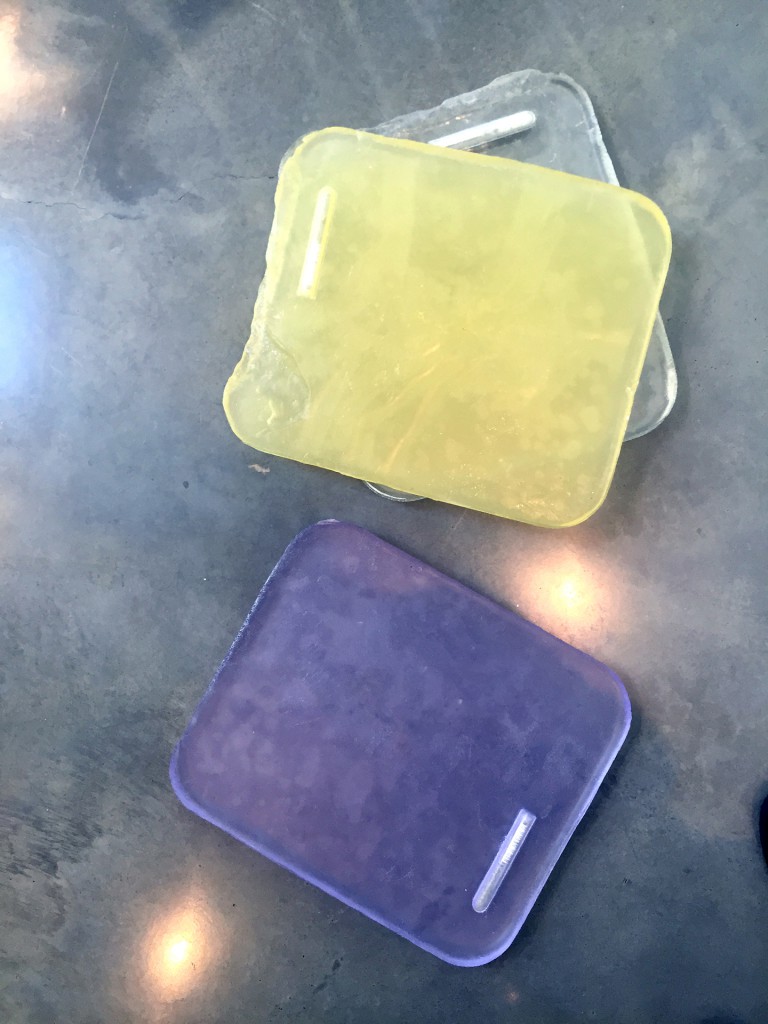 “Flat, rectangular objects made out translucent materials once floated in the ocean. Much like uninhabited islands these mysterious blocks were never really noticed or paid attention to. That is to say, until they drifted ashore to capturing our imagination. Femke Herregraven’s Malleable Regress, comprises a series of tiles of polyurethane rubber, which reappear as props in Sprawling Swamps (2016). They are archeological remnants in a fictional scenario in which micro platforms were strategically placed in the ocean based on a set of specific coordinates. These locations were calculated as mid colocation points where communication nodes would connect to make for an optimal high-speed planetary-scale trading infrastructure. As casts from 100-year-old Indonesian gutta-percha tiles that have been mysteriously washing up on beaches in the UK and northern Europe recently, the sculptures however carry the ghost of another collapsed global infrastructure. The rubber-like tree gum was originally used in the 19th and first half of the 20th centuries to insulate the All Red Line, a global network of submarine telegraph lines of the British Empire.” – Text by Laura Herman 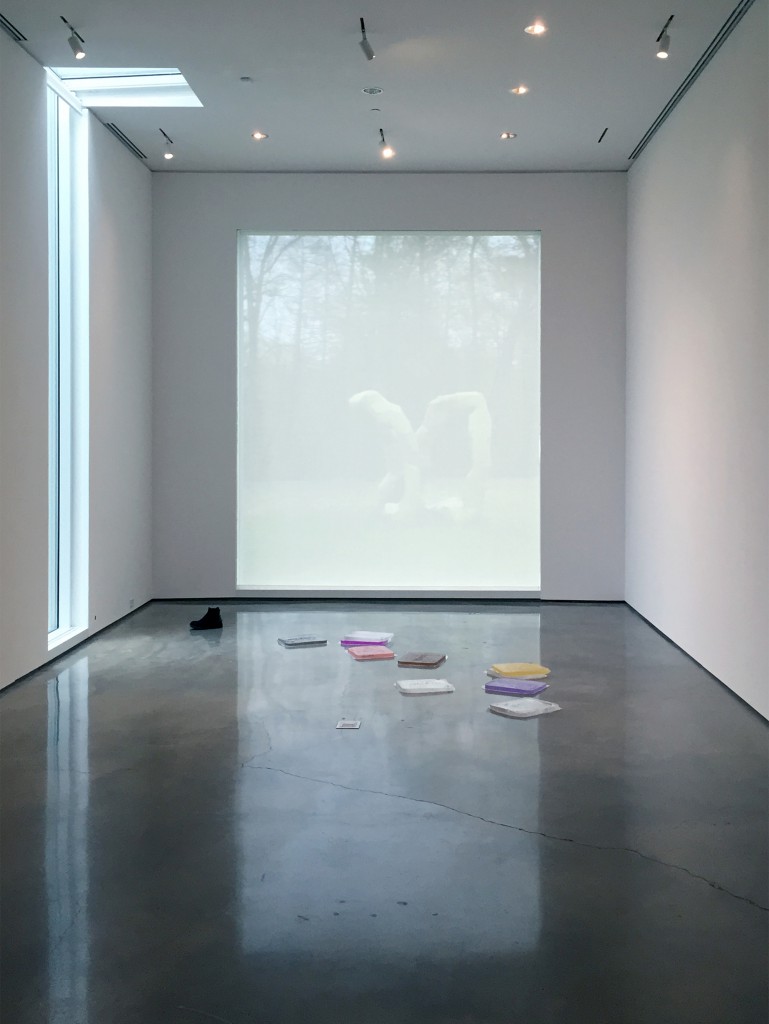 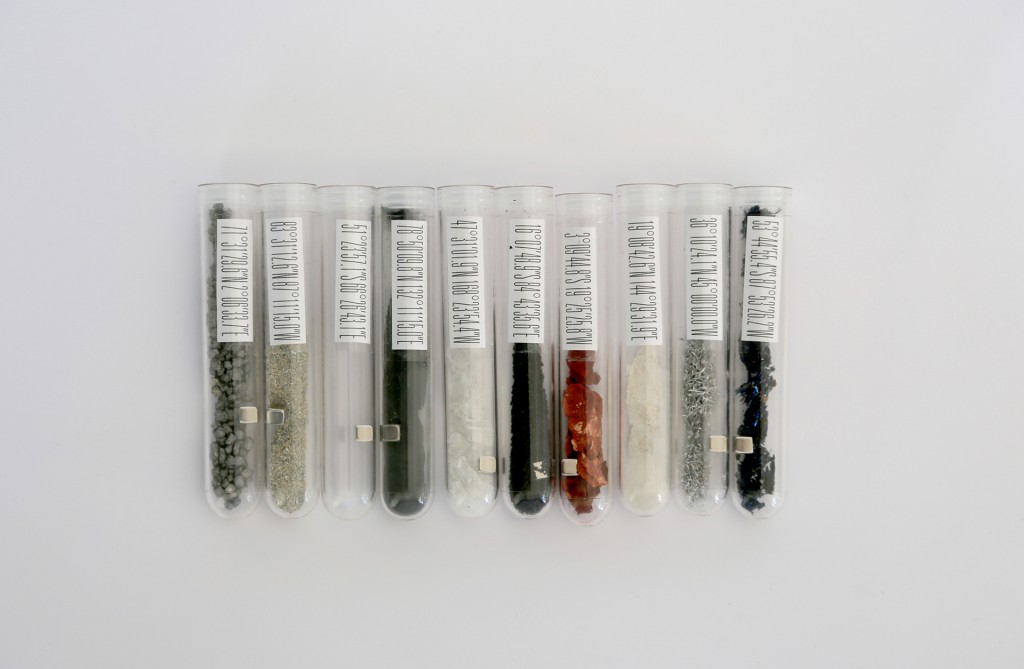 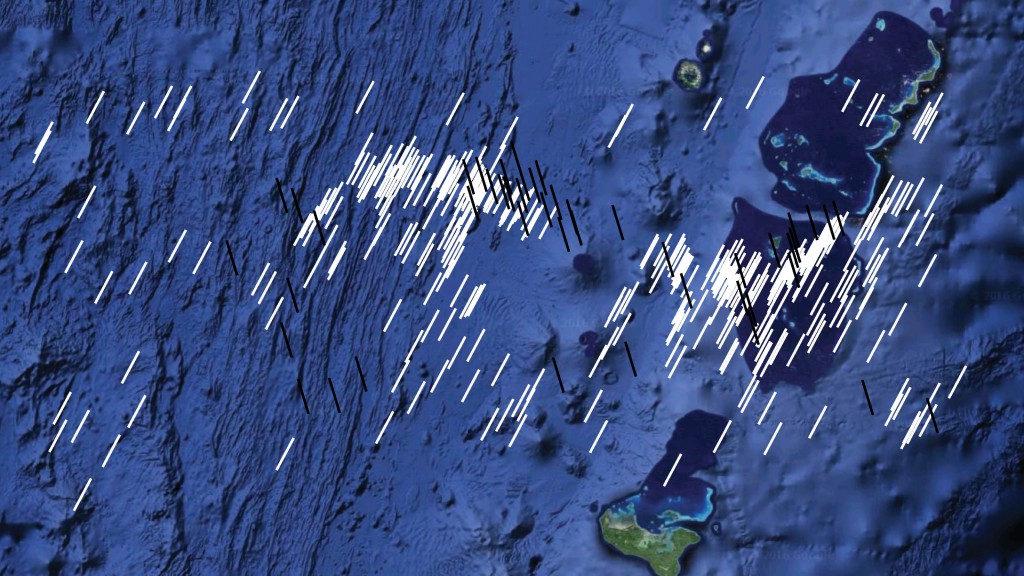